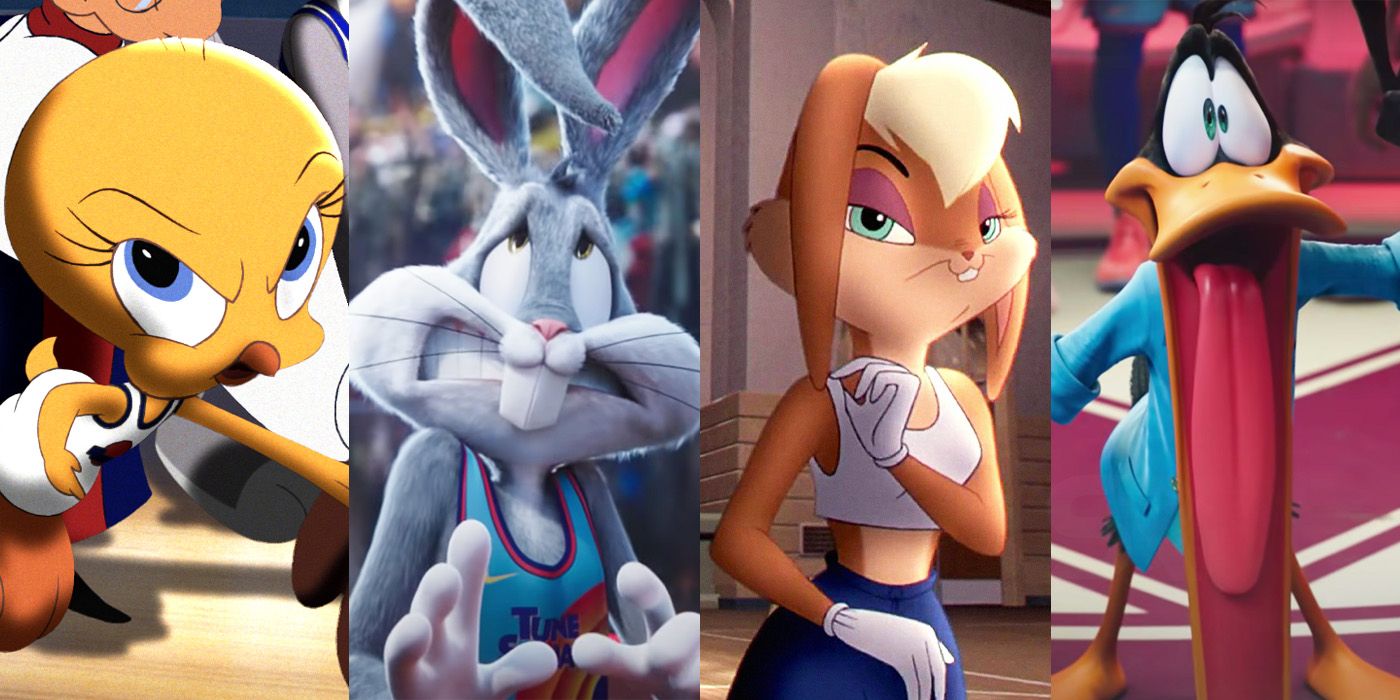 Basketball has been around for over a hundred years and has seen a slew of incredibly talented players come through the sport. Two of the greatest players fans have ever seen are Michael Jordan and LeBron James, both of whom have won multiple NBA championships and earned appearances in other media. And now, thanks to the release of Space Jam: A New Legacy, the two share something between them that no other player can say.

Both men led the Looney Tunes to momentous victories on the basketball court, two of the most unlikely victories in basketball history. While the superstars carried their respective teams on their shoulders, Looney Tunes characters also contributed to those victories, with some of them showing strong basketball skills.

Although he may not be as gifted as some of his contemporaries, Daffy makes up for it with his intangibles. He was a starter for the Tune Squad first team and he played critical time minutes in the final seconds. His gut defense led to a Monstar turnover that allowed Jordan to get the ball to secure the winning field goal.

Daffy was relegated to the bench for Game 2, but not due to his lack of skill. Daffy was instead promoted to the Tune Squad’s in-game coach, bringing his unique sense of leadership and fundamentals to the team. Say what you will about his methods, but he’s the only member on the roster to go undefeated as a coach.

Of all the Tune Squad players, Tweety Bird might have the biggest disadvantage with his small size allowing opposing teams to take advantage of him on the field. Size may not be on his side, but Tweety uses his tenacity to allow him many ways to affect the game.

His fearlessness against the Monstars was key, as his tough brawler defensive style took out most of the Monstars long enough for Elmer Fudd to drive the lane for one of the game’s biggest baskets. He replicated that drive in the second game, this time using Road Runner’s smokescreen to weave through the defense and hover in the air for the massive dunk.

VIDEO OF THE DAY

Any key contribution to a successful basketball team is having a big man who can hold down the paint, giving his team a height advantage when they need it. As the biggest of the Looney Tunes to appear in both games, Foghorn Leghorn fits the bill for the Tune Squad.

With the magnitude of the Monstars, his contribution was not fully utilized, but he had small spurts of success, and his greatest moment of glory came in the opener. Foghorn was the anchor of a three-way game that saw Sylvester pile on top of him with Porky Pig at the top of the pile to dive the ball over the Monstars.

When your basketball team has strong leadership, like two of the greatest players to ever play the sport, it allows the roster to have a player who plays a little more recklessly who can be coached when needed. . There’s no doubting who this player is for the Tune Squad, with Taz taking on that role.

Taz has a chaotic energy about him that can confuse everyone on the pitch, both teammates and opponents, making him someone the defense should always pay attention to. If they don’t, he can alter the game in unique ways, like in Game 2 when LeBron spins him around so fast he flips the whole court, making the goons score points for the Tunes.

No one on Tune Squad’s roster has the combination of length and speed that Road Runner has. All those years of running from Wile E. Coyote certainly paid off, as he had the speed to get through the defense faster than anyone else.

His skills were entirely underutilized in Game 1, but in Game 2 against LeBron’s team, Al-G had to bring in his Chronos secret weapon, the Literal Time Stopper, just to slow him down. His speed also works as a decoy, creating a smokescreen to confuse the defense and allow Tweety to head straight for the hole for the slam dunk.

Looking at the Looney Tunes roster on paper, there are several players that fans would consider skilled basketball players before they singled out Elmer Fudd as a big contributor to the teams’ success. After his performance against the Monstars, fans wouldn’t say that again, as Elmer donned his headband and walked out with one of the game’s biggest plays.

In a play that would make even Michael Jordan envious, Elmer used Tweety’s solid defensive setback to head for the hole, stick his tongue out and deliver a one-handed slam for a huge field goal. Game two was where style points were a deciding factor, but this dunk would have been much appreciated in either game.

Bugs is no slouch on the pitch, playing big minutes in both games and having strong assist numbers due to his passing skills with both his hands and ears. More importantly, he’s the ultimate teammate, willing to sacrifice himself by replicating LeBron’s signature move to frustrate the Goon Squad and allow LeBron to score the game-winning basket.

Both games take place in Tune World, there are some methods available in these games that would never fly in the real world. Since they became available, no one takes better advantage of the Wile E. Coyote, implementing all sorts of gimmicks to ensure victory.

Wile E. has all sorts of tricks up his sleeve, like using explosives on defense to keep the Monstars from scoring or running a train through and taking out the jerk keeping the play coming. The greatest goal-scoring play in both games even came from Wile E., like when he was able to multiply the basketball and get him to score plenty of buckets to get the Tune Squad back in the game.

Basketball wasn’t really something the Looney Tunes were known for when Michael Jordan arrived to help them in their fight against the Monstars. Even Michael doubted there was enough talent on the roster to pull off a win, but that all changed with the surprise arrival of undisputed Looney Tunes star Lola Bunny.

Lola walked through those doors and immediately made a statement as the most skilled basketball player among the Looney Tunes, her powerful shot and quick grips. On the court, Lola was the second banana Jordan and LeBron needed to give the rest of the team confidence and secure two hard-fought wins.

NEXT: Space Jam’s 5 Reasons It’s An Underrated Guilty Pleasure (& 5 Why It’s Not)


Following
Harry Potter: Why Michael Gambon is the best Dumbledore (and why it will always be Richard Harris)

Ryan O’Connor is an actor, writer and lover of all things entertainment. He lives in Los Angeles, California, working on the set of several different movies and TV shows. When he’s not in the theater watching the latest releases, you can find him hosting his movie podcast, the I’d Like A Refund Podcast.