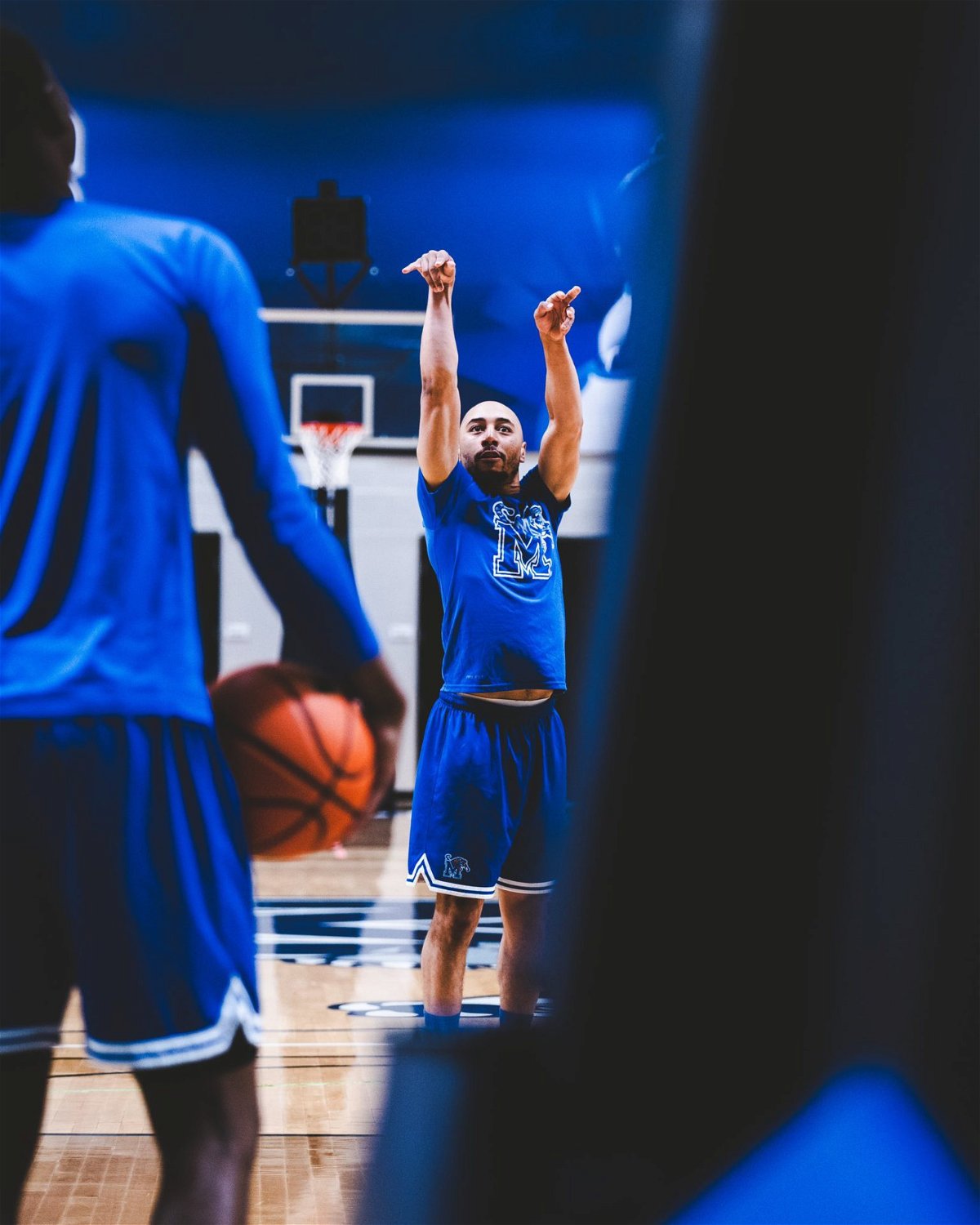 The World Series is about to begin and the teams are also selected. With two teams selected to play in the WS, the rest of the team’s players are spending their time in the offseason doing things they love. One such example is LA Dodgers player Mookie Betts.

The Dodgers are the team that has shown signs of going straight to the World Series. But in the end, it became the team that couldn’t even win the NLDS to advance to the NLCS.

Betts is interested in games other than baseball, and those are bowling and basketball. The right fielder used to play basketball in his college days and recently appeared spending his time doing the same.

Where did Mookie Betts play basketball?

Dressed in Memphis Tiger men’s basketball gear, Betts was seen manufacturing some shots in his hometown, Tennessee. Since the man played basketball back in college days, he is also very good at it.

It would seem from his skills that if he hadn’t chosen baseball, he might have opted for basketball as his profession. But that doesn’t mean he’s not a good baseball player.

He became the very first person in Major League Baseball history to win MVP, Silver Slugger, Gold Glove, a batting title and the World Series all in a single year in 2018. But the player has good days and bad days. His game with the Dodgers did not live up to fan expectations. Consequently, when the video of Betts playing basketball appeared on Twitter, MLB fans began to berate him for not playing well in the playoffs.

What are Betts fans saying?

Being good at both games doesn’t mean he can’t be bad at either a few times.

all that just to suck the playoffs

He should work on his swings. It was horrible in the playoffs!!!

So he shoots everywhere

Don’t you have nothing better to do

Could have played college basketball at a high level

Mookie can you join the Lakers too!

What do you think of Betts playing basketball? Let us know your thoughts in the comments below.

Watch this story: From Yankees to Dodgers: Top 5 Richest MLB Owners, Ranked by Net Worth