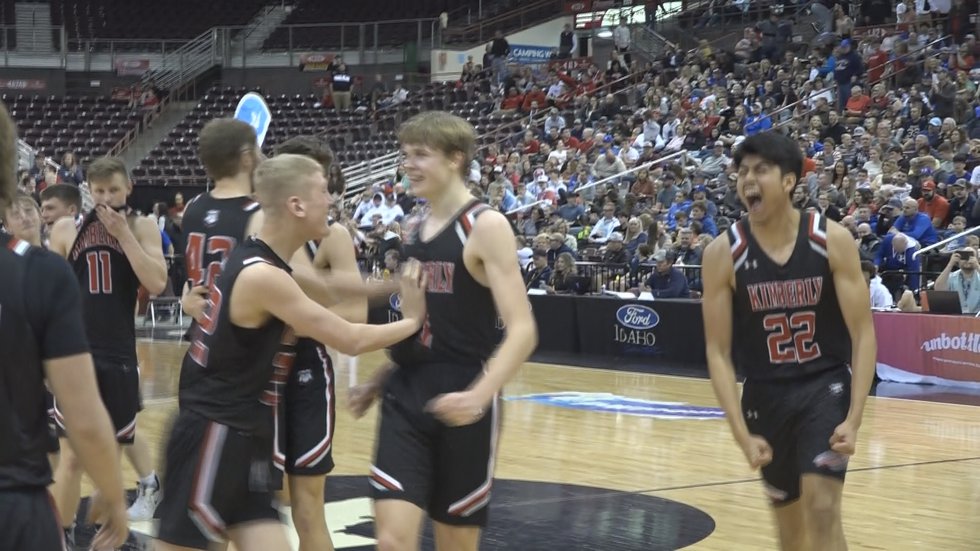 “Always on adrenaline, I think,” said head coach Daren Garey. “It’s one of those things that I hope doesn’t go away. You somehow revel in as long as you can.

In 1952, playing their home games at the LA Thomas Gymnasium, the Bulldogs won their first title.

Garey McEwan remembers it quite well. He is one of two surviving players from the 1952 Class B state championship team.

“We played the division games in this building (LA Thomas Gymnasium) here, and every time I come here I remember the crowd,” he said.

Earlier this year, Kimberly graced the 1952 state championship team. McEwan was the only team member in attendance.

Now this year’s team can hang their own banner.

When McEwan heard the news of the team calling another gym home to win it all, he remembered the night in January.

“I thought the burden was finally lifted not being the only team to win, I was happy for the boys,” McEwan said. “I spoke to them during the little activity they had done for me, as a team.”

McEwan shared stories with the players that night, and coach Garey said the players took the conversation to heart.

“It’s pretty cool that the younger generation and the older generation are coming together and having something in common,” Garey said.

Kimberly may be different than she was 70 years ago, but the community support is still there.

“They’ve been great,” Cummins said. “Everywhere we went to eat they talked about it, everyone in the community, it meant as much to them as it did to us.”