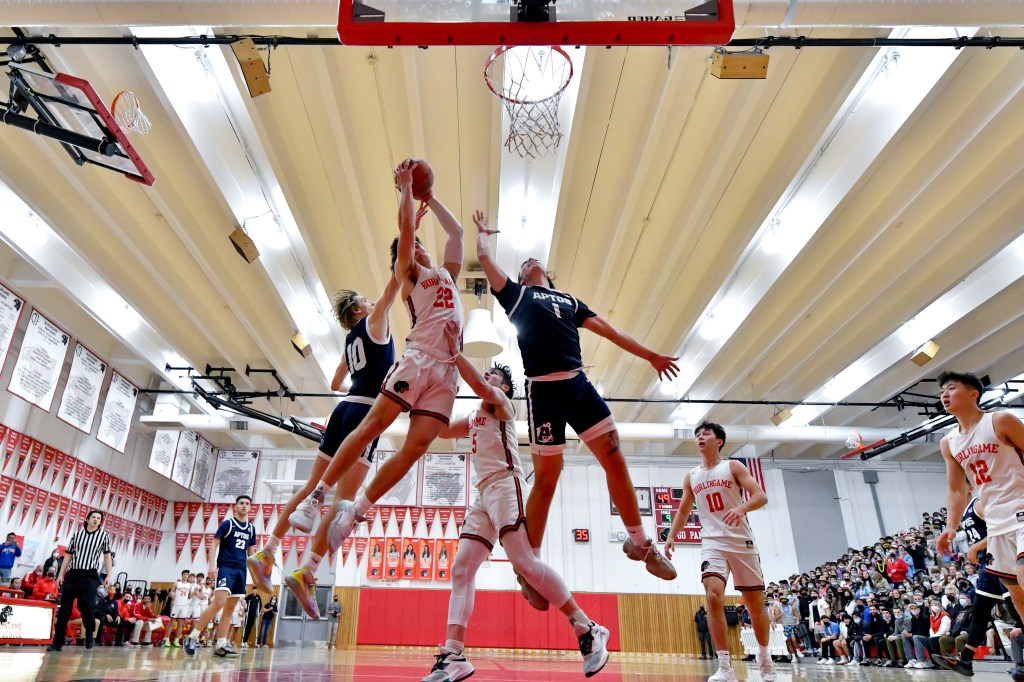 If there is to be a fourth meeting between the Aptos High and Santa Cruz basketball teams, it will be one hell of a story.

The Santa Cruz Coast Athletic League co-champions were both seeded into the CIF NorCal Regional Division III playoffs on Sunday – as the two lowest seeds. So if they were to meet, it would come after three rounds of upsets, in the NorCal Championship.

Aptos (22-5), who defeated Santa Cruz in the Central Coast Section D-III semifinals and lost to Burlingame in the Section Championship, was seeded No. 15 in the playoffs of State. Mariners play No. 2 Oakland (25-3) Tuesday at 6 p.m.

The winners of the first round will play the second round Thursday at 6 p.m. The regional semi-finals will take place on Saturday and the finals on March 8.

The Wildcats, who shared the Oakland Athletic League title with Oakland Tech, have three players, all juniors, with a double-digit average in scoring: guard/forward Money Williams (20.0), guard Te’shawn Gamble (12.8) and Josh Clark (10.5).

“They’re going to be good,” Mariners coach Brian Bowyer said. “They are the number two seed for a reason. They look athletic and long. But we are not going to back down. »

Bowyer said there was a good chance he had Marcel Martin to cover for Williams. Martin recently covered for the opposition’s top scorer. He covered guard Sean Richardson, Burlingame’s top scorer with 10.7 points per game, in Saturday’s section final and held him to six points.

From what he’s seen on film so far, Bowyer said Oakland looks like he likes to run.

“It looks like they want to go up and down the pitch,” he said. “We will not be able to race with this team. We will try to slow down, to bring the ball to Jack (Spinelli, our center). He might be able to do things right.

The Vikings, Santa Cruz’s opponent, won the Eastern Athletic League title and beat the Enterprise 54-37 for the Northern Section D-III title on Saturday.

Cardinals coach Lawan Milhouse knew his team had a good chance of earning a berth off after losing in the sectional semifinals. He also knew his team would have a long way to go too, so much so that he joked that they would probably play “a team in Oregon.”

It will be a 4.5 hour bus trip to Chico. Milhouse said he and his team would likely leave for their destination at 9 a.m. and make a pit stop for the kids to eat and stretch.

He texted his players after hearing about the Santa Cruz seeding. “They’re pumped,” he said. “How can you be pissed off when you’re still playing basketball in March?” »

Really, he felt lucky. He was baffled by how the undefeated Cardinals women’s soccer team failed to qualify for the NorCal Regional Playoffs on Sunday.

Milhouse said the top seeds are just a number and his team is on the verge of an upset. That was almost the case two years ago, when the No. 16 Cardinals lost on a last-second shot to No. 1 Stuart Hall in the first round of the NorCal D-IV playoffs.

“Sixteen to one, we’re not intimidated by that,” said MIlhouse. “We can play with anyone. I’m confident in the guys we have. We have nothing to lose. We’re going to come out and play with fire, play with confidence and play together, and we should be fine.”

In general, the CCS teams were not highly appreciated by the selection committee.

No Santa Cruz County team made the NorCal Women’s Playoffs.

IF YOU ARE GOING TO