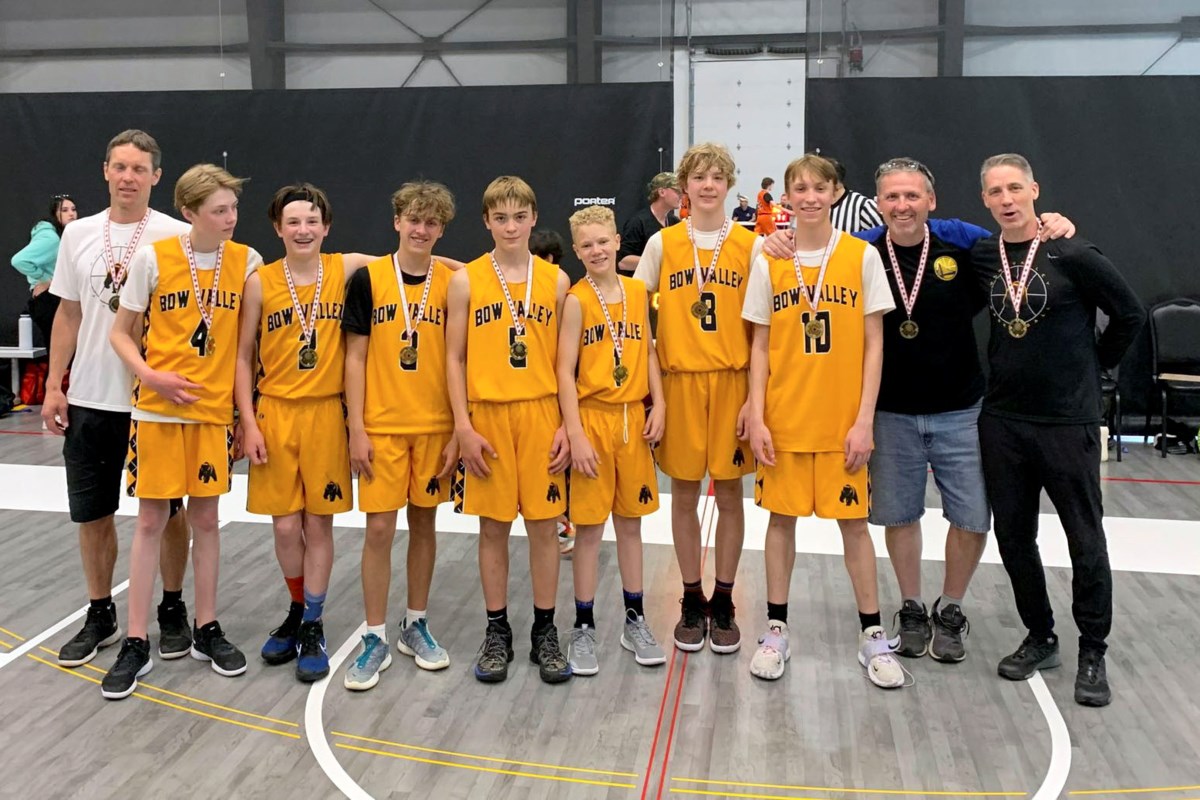 The boys from Bow Valley Basketball (BVB) U15 and HS U18 finished first and third respectively in the Calgary Minor Basketball Association (CMBA) playoffs on June 17 and 18.

The results are a slam dunk for BVB, who have been top local clubs since their inception in 2018.

“The growth of the game in the Bow Valley has been remarkable,” said BVB founder Fraser Quelch.

The U15 boys went undefeated at 3-0, beating the Eagles 55-40 in the final at 7 Chiefs Sportsplex on Tsuut’ina First Nation.

BVB’s Keith Short and Cody Oruski led the scoring with 14 points apiece and were beasts on the attacking glass. Tristen Quelch added 10 points and Ben Bachmann had eight.

A promising and deep team, the majority of U15 players are expected to return next season. If they do, it could be a problem for the rest of the league.

“There’s a whole group of 8th graders who are very good as they come in and that’s what we didn’t have before, we didn’t have a deep team,” said Quelch said.

Corey Banks, a guard for Team Alberta heading to the Niagara 2022 Canada Summer Games, and brothers Jaxon and Ethan Fisher, who play for Genesis, Calgary’s top basketball club, are among the stars who have shot and dribbled through the ranks of BVB.

“If this [U15] band stay together and keep playing, I think they’re better now than when Corey and the Fisher brothers were when they were playing U15s,” Quelch said.

Launched as a new sports option for local children, the club has grown from a handful of players in 2018 to more than 60 athletes in 2022, including its first-ever women’s team this season. During the pandemic and beyond, practices have taken place both outside and inside the “Shooting Shed”, a storage unit with a hoop set up inside in Dead Man’s Flats.