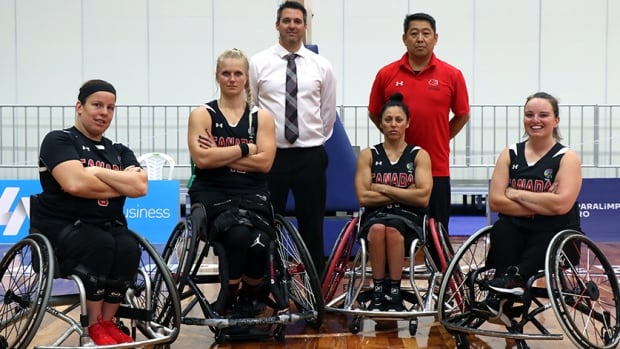 The first Canadian wheelchair basketball teams to compete in the Commonwealth Games were named Friday by Commonwealth Sport Canada and Wheelchair Basketball Canada.

While traditional 5×5 basketball was part of the Melbourne 2006 Commonwealth Games and Gold Coast 2018, the fast-paced 3×3 format is making its debut in the 2022 edition in the able-bodied and wheelchair basketball disciplines.

Four-time Paralympian and captain Bo Hedges of Wonowon, BC, focuses on the men’s team. The veteran will be joined by Colin Higgins of Rothesay, NB, Garrett Ostepchuk Regina of Regina and Vincent Dallaire of Quebec.

Kady Dandeneau of Pender Island, BC, Élodie Tessier of Saint-Germain of Grantham, QC, Tamara Steeves of Mississauga, ON, and captain Tara Llanes of North Vancouver, BC, will represent the team feminine.

“I’ve never been in a 3-on-3 tournament before, and I think being part of Games with stand-up basketball and being really integrated where there’s a stand-up game followed by a wheelchair game, for me, it’s really cool,” said Tokyo 2020 Paralympian Llanes.

“I’m excited to be able to watch this and have them watching us.”

Both Canadian teams recently qualified for the world championships in Dubai after picking up medals at the Americas Cup tournament in July in the traditional 5×5 format.

The Canadians beat the USA for the gold medal while the men’s team defeated hosts Brazil for the bronze.