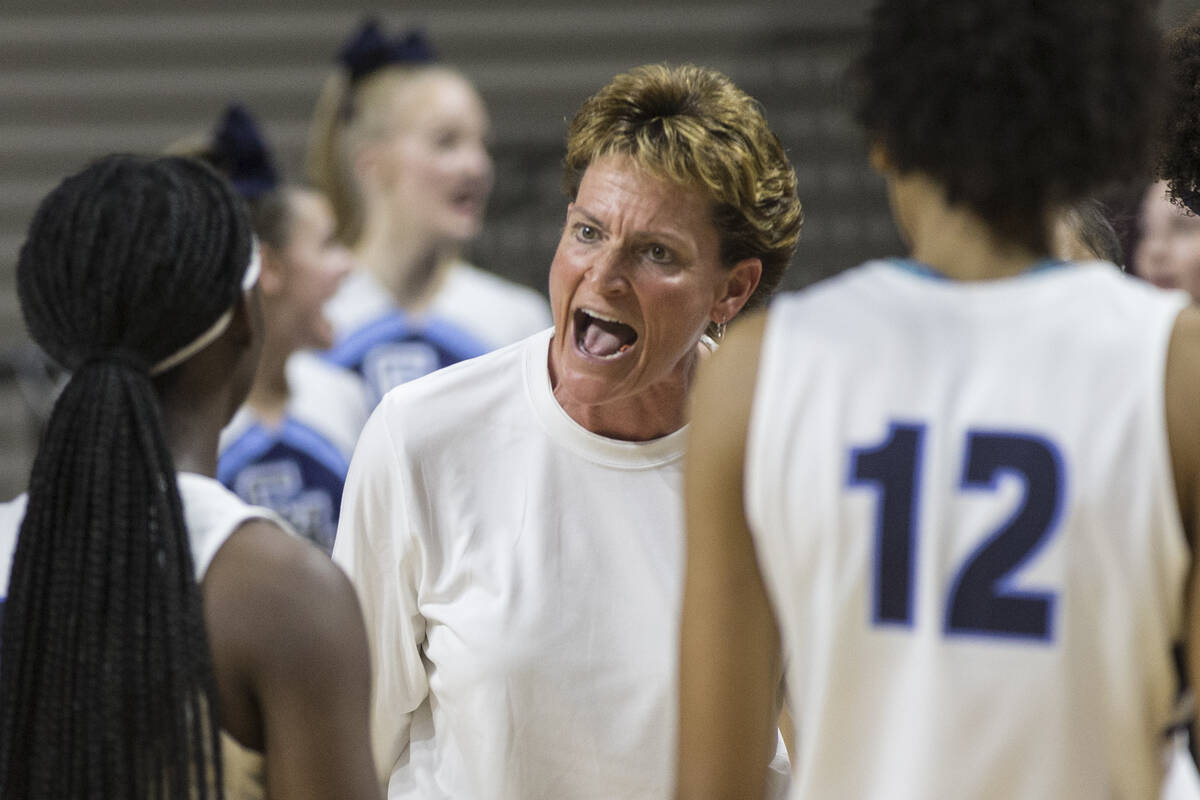 Weitz has 691 wins as a girls’ coach at Cheyenne and Centennial, where she built a dynasty with 13 state championships, including seven straight.

Weitz will continue to rack up wins as the Bulldogs’ girls’ coach, but she’ll take on a new title next season — Centennial Boys’ Basketball Coach.

“The time had come,” Weitz said. “It’s a joke from some of my colleagues and former players that I need to coach the boys. I’ve been at Centennial since 1999, and all my loyalty is to that school, so this had to be here. The opening came, I’m retiring (from teaching), so it was just coincidentally the right time.

The task of turning the boys’ program around will not be easy. The Bulldogs finished 10-14 last season and 3-7 in the Southern League, a ninth-place finish that left them out of the playoffs.

Weitz pointed out that the girls’ program wasn’t always the machine it is now. She doesn’t expect things to change for the boys immediately, but said they will have more structure.

Weitz has already experienced its first setback in building a new program. Centennial Gym is being redone and repainted, so she has to make other arrangements to get the team together.

One of the reasons the Centennial Girls have done so well under Weitz is because the team stays together year-round and plays like its own club team.

That probably won’t be the case with the boys, she said, as the Valley has several top boys’ club teams. She said she will reunite the boys for the fall intramural season, through the winter and into June when they are away from their club teams.

There was really only one obstacle that could have stopped Weitz from coaching the boys, she said, and that was if the girls’ team didn’t approve.

“They were the priority of my life for some of the best years of my life,” she said. “I had to have their blessing. I didn’t want them to feel offended. We have a good group right now and we’ve had them for two years thanks to COVID. The philosophies are established, so it’s mostly about refining with them every day.

It’s no longer rare for women to coach high school boys’ teams, but it’s rare only in basketball and even rarer for one coach to lead both programs.

Weitz said scheduling was his primary concern, but the administration assured him there would be little conflict for games. She said she planned to have back-to-back practices.

Weitz said she had her first meeting with the men’s team and there were “over 30 guys in there.” She told them she had 14 girls on the varsity team in her freshman year at Centennial. At the end of the season, they were seven.

She didn’t mince words when she told the boys that the same could happen with them.

“This is a whole new process of rebuilding,” Weitz said. “We need to find the heart of the program, guys who want to dedicate themselves and sacrifice the time it takes to build a successful program.”