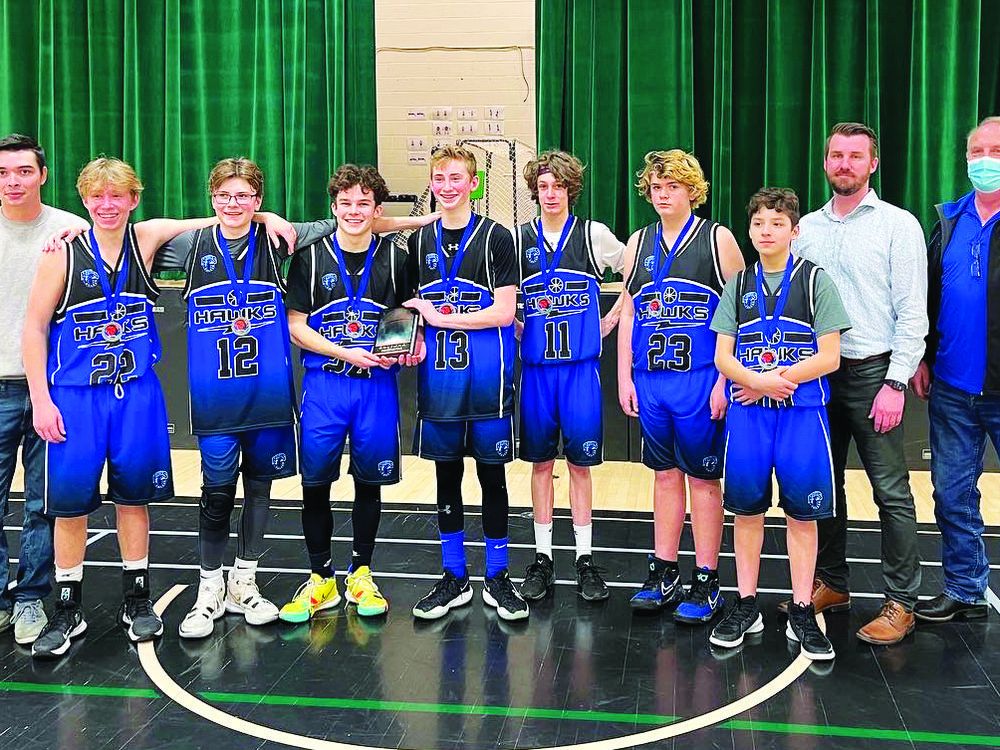 The varsity junior college boys’ team competed in the league playoffs February 4–5 at Picture Butte High School, and the Hawks advanced to the finals before losing to Coaldale Christian School in the finals.

The following week, on February 11 and 12, it was the turn of the senior university high school students and the team also qualified for the final of the league play-off tournament, held in Nobleford. The Hawks lost to Taber’s St. Mary’s in the Finals.

“A lot of the (senior college) boys were disappointed with second place after an undefeated season in the league and going into the playoffs first overall,” Robby Findlay, head coach of both County Central teams, wrote in an email. Findlay’s assistant coaches were his father, Ted Findlay and Brayden Inaba.

“What we considered ‘close games’ was when we only won by 30 points, the other games we won by 95 points. It was a hard loss to swallow as we were missing key players who were sick and had to play in a small gym, which limited our ability to use our fast attack.

“If they stick together over the next few years, I think you’ll see the CCHS Hawks win a lot more medals and hopefully some banners as well.”

While the Hawks haven’t had their “end of the history book,” Findlay said he’s extremely proud of his players for going through adversity and never giving up.