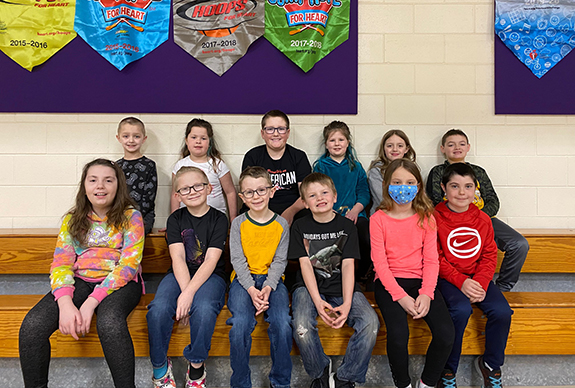 The 100 Coloma Elementary School students in Mr. Zoellner’s physical education classes recently participated in the Kids Heart Challenge program to raise money for the American Heart Association. CES raised $7,078 during the month of March to benefit young people with heart disease. The dollar amount was the highest amount ever collected by CES and $5,000 more than the previous highest amount.

Kindergarten through 6th graders participated in jumping and basketball activities during physical education class to end the donation campaign. Mrs. Soper’s freshman class of ten students raised the most money and won a luncheon sponsored by Subway. Mr. Toutant’s sixth-grade class earned the most heart points (obtained through jump rope and basketball scores) and will have the opportunity to pin Mr. Zoellner to the cafeteria wall.

Coloma Elementary appreciates all members of the community who have donated to this incredible program.