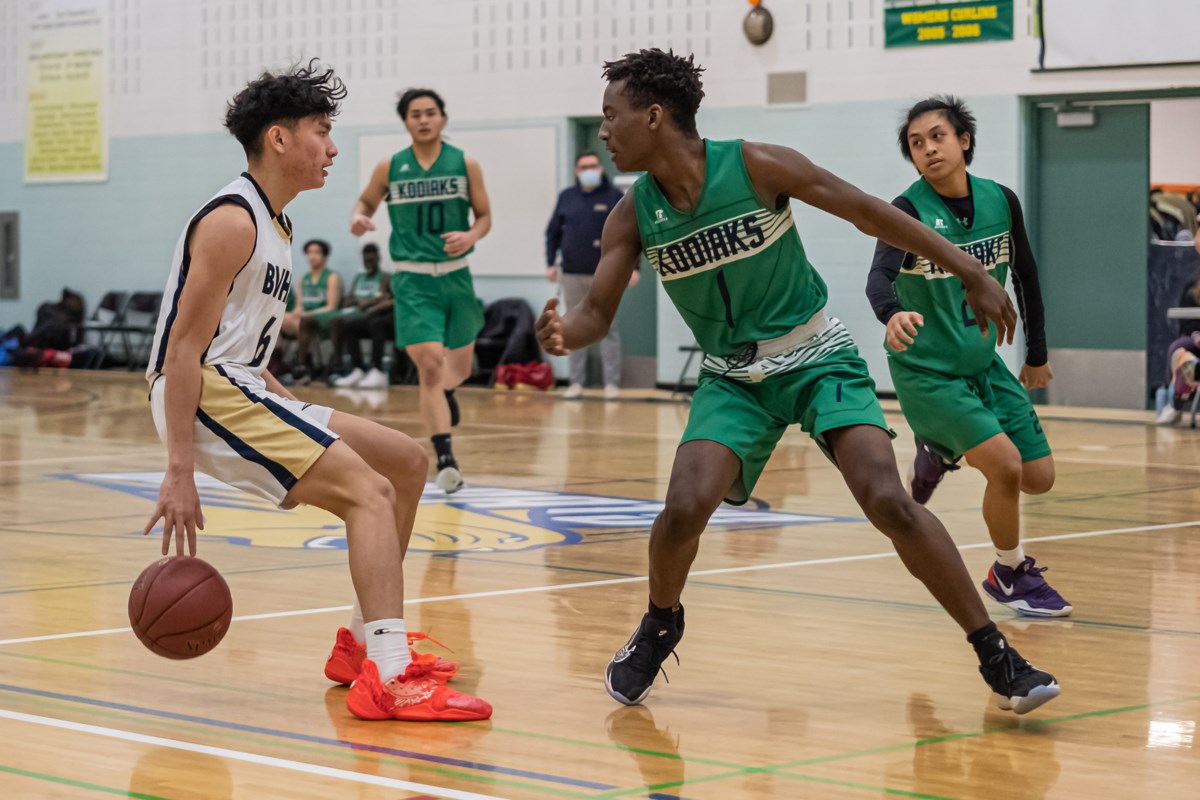 It’s been a tough end to the season for the Bow Valley High School basketball community, but one of the school’s Cochrane coaches thinks it will make them better in the long run.

The boys’ team came up short on March 9 in a game against Canmore which saw them eliminated from the tournament 78-69.

Bobcats head coach Kris Neilson said the performance in the zones was not what the Bobcats had hoped for, but it was not unexpected after several of the team’s starters were forced to leave the tournament due to injury.

“We finished without a single starter playing,” Neilson said. “So it was five injuries that were quite devastating for us.”
Neilson said those injuries have been a problem for the team all season, noting that before losing teammates the team had been playing at a high level.

If there is a positive side to missing some of the most talented or experienced players in the team, it was an opportunity to give other members of the team extra time on the pitch, said said Neilson.

“It’s a blessing in disguise in that we’ve had the opportunity to give a lot of guys minutes on the pitch that they otherwise wouldn’t have and they [will be] very important guys for us next year,” he said.

With a young team made up mostly of 11th graders, Neilson sees this as an opportunity to invest in the team for next year.

“If we bring back a core that is exceptional — who could have won provincial championships this year — and bring them back for their 12th year, that will be amazing,” he said.

“We’ve been consistently ranked in the Top 10 all year, despite our injuries, so I think that says a lot about where we’re headed.”

Girls are waiting for next year

It was a similar story for the Bobcats senior women’s varsity team as well.

The girls faced Olds in the South Central Zones tournament, held in Strathmore. Unfortunately, they lost at the start of the tournament in a tight game that beat them 48-45.

Head coach Darryl Viste said both games were played well, but the team needs a bit more time to cement their abilities.

“It was a year where I practiced my philosophy with the Grade 11 girls,” Viste said. “With another year with the same group, we will probably have better results.”

As with many involved in high school sports, this year marked the first semi-normal season since the COVID-19 pandemic began.

Viste said the team worked hard but the pandemic still affected the season.

“Everyone is in the same boat with COVID-19 having taken a year off from our game,” he said. “We had interruptions throughout the year so we played as expected, but they all worked hard and we were very lucky with the squad we had.”

FacebookTwitterLinkedinMix
2022-03-19
Previous Post: Experience and confidence will be key for Memorial Sea-Hawks basketball teams heading into the AUS Championships this weekend
Next Post: Meet the 2022 SBLive All-State Boys Basketball Teams in California