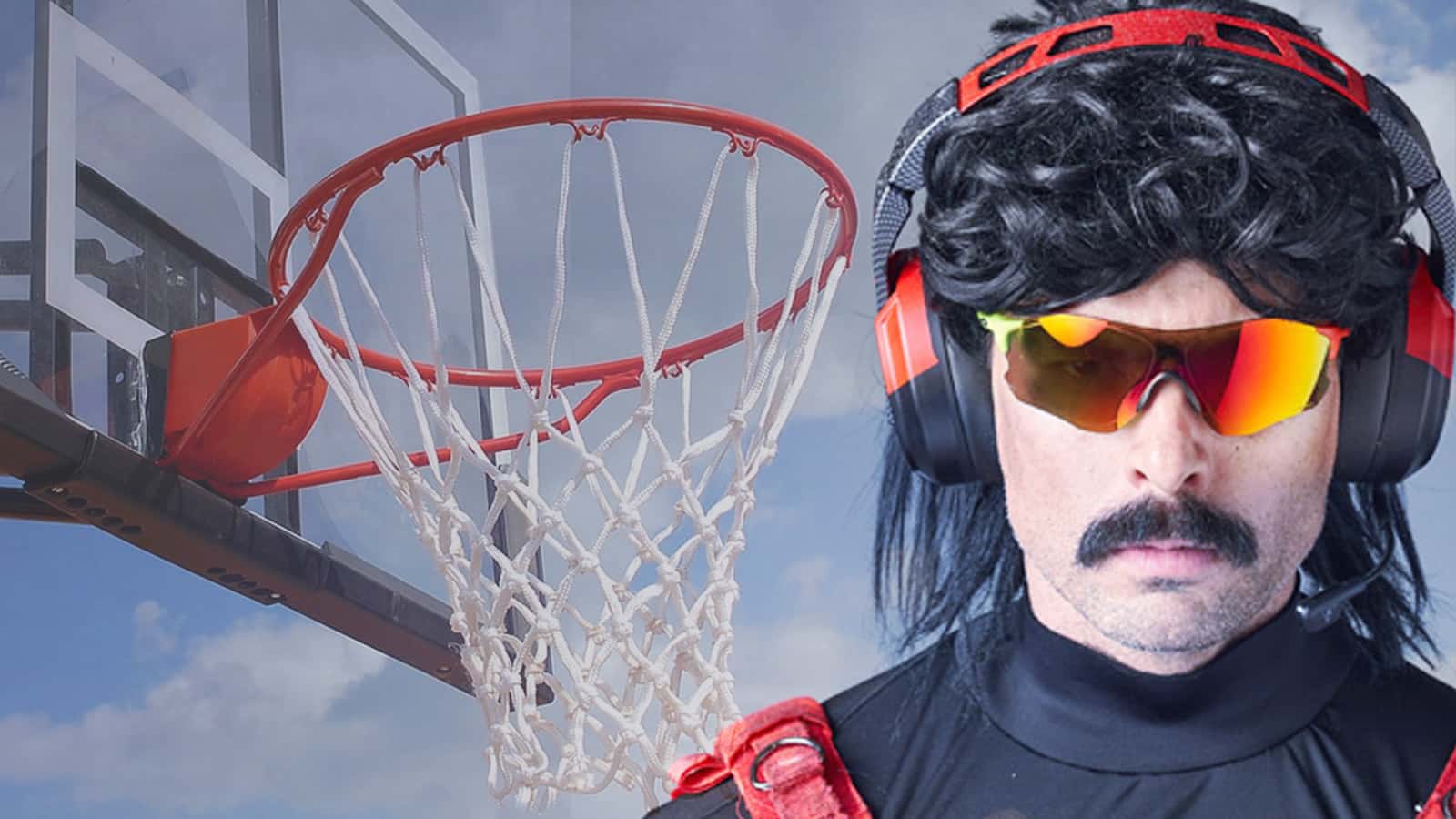 Dr. Disrespect took a break from the violence of the game to flex his speed and momentum during NBA All-Star Weekend as he showcased his skills on the court.

Whether it’s Warzone, Apex Legends, or Escape From Tarkov, the Doc always comes out on top ahead of his legion of followers. He’s a man of many talents that goes beyond gaming, with journeys into synthwave music wowing fans.

The popular streamer also has a background in college basketball, regularly develops his skills on the court, and isn’t afraid to flaunt his NBA fandom either.

Now, Dr. Disrespect has briefly returned to the court for the annual NBA All-Star weekend.

Dr Disrespect is working on his own AAA multiplayer game, under his Midnight Society studio.

Dr Disrespect dunks on the competition at an NBA event

At the NBA All-Star weekend event, Dr. Disrespect stepped up the field for some friendly hoops. With an eager crowd awaiting his masterful dunks, the two-time champion showcased his efforts on Twitter with a confident caption: “Swish, swish, swish, swish, swish.”

The Doc continued to sink each shot with grace, before closing in for a finishing slam dunk.

Fellow streamer TimTheTatMan was quick to throw a playful jab at Doc’s skills: “Literally, I could do that 5 beers deep?”

Literally, I could do that 5 beers deep?

FaZe Swagg also joined in on Tim’s jokes about The Doc’s skill level, adding, “Anyone can do an open shot…”

Before Two-Time created a streaming empire, he had a promising stint in college basketball, playing in NCAA Division II. Standing at a mighty 6ft 8in, with a vertical leap of 38in, it’s just another reason The Doc is such a fierce contender.