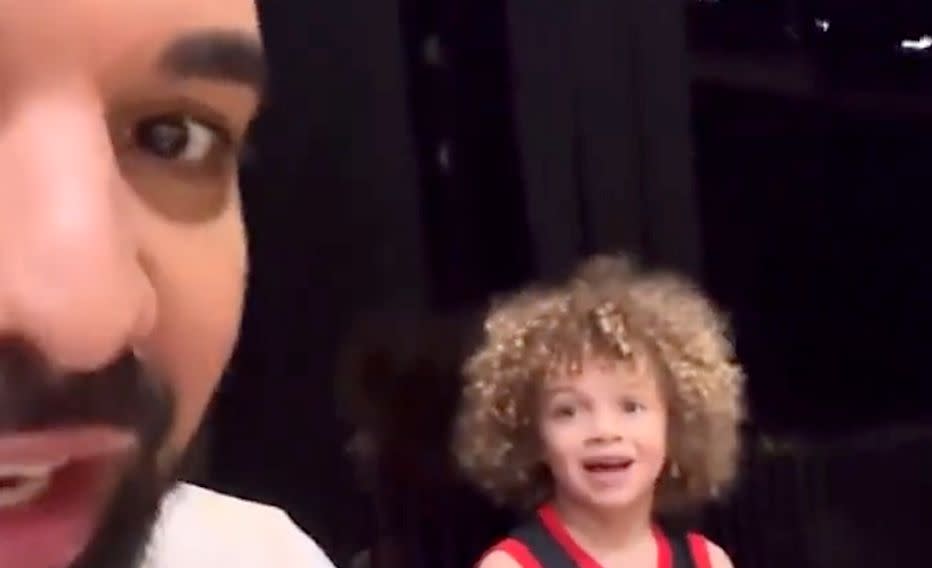 DuckThe rapper’s 4-year-old son, Adonis, seems to have understood the rapper’s love for basketball. (Watch the video below.)

In an Instagram Story the “Hotline Bling” rapper shared on Wednesday, Drake compliments the boy on his shooting skills after apparently making 4 out of 5 attempts.

“Where did you learn to shoot like that?” Drake asks several times in the clip.

“I do not know!” Adonis responds with a shrug but later reveals that he trained at school.

The kid makes it clear he wants the best moments from his shooting feat, and we can’t imagine Dad, who takes a big kick from the rally, saying no.

The two have appeared in several Toronto Raptors games together this season, but Drake’s hometown team was eliminated last month of the NBA playoffs.

Here are some pictures of father and son at Raptors games:

Drake, Adonis and the Raptors mascot at a game on April 7. (Photo: Mark Blinch via Getty Images)

This article originally appeared on HuffPost and has been updated.