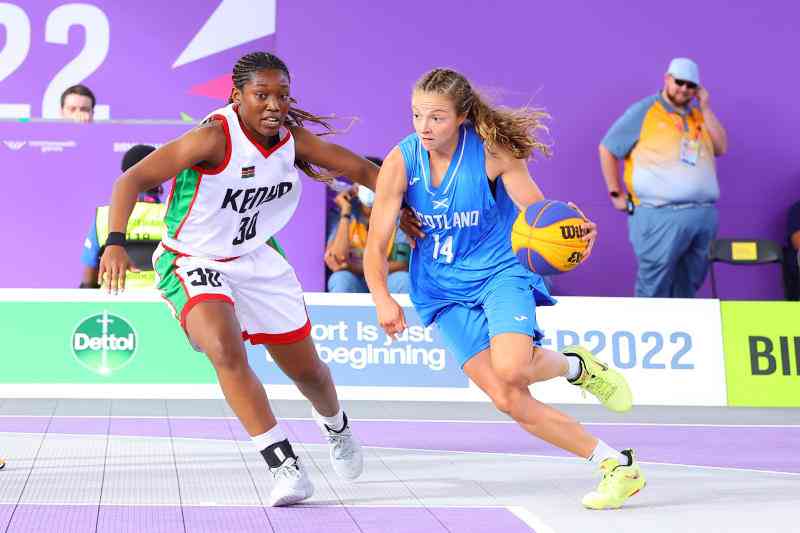 George Omondi scored six points for the Kenyan men who lost 20-15 to Australia in the quarter-finals.

Larry Aligula and Faheem Juma added four points apiece in the loss as KPA’s John Wijass finished with one point.

Tom Wright led the Australians with eight points as his teammate followed closely with seven points in the win.

USA-based Medina Okot and Victoria Reynolds each bagged five points in the loss as Melissa Akinyi finished with one.

Despite mixed results since their debut on Friday last week, the Kenyan teams have progressed to the round of 16.

On Sunday, the Kenyan men narrowly lost to Scotland 15-14 in their final pool game as their women counterparts lost 21-17 to the Scots.

Despite the loss, the Kenyan men qualified for the quarter-finals.

enya had mixed fortunes in her Commonwealth Games debut.

The men’s team got off to a good start on Friday night after beating pre-match favorites Sri Lanka, but the women’s team lost the opener to Australia.

The Kenyan men are grouped in Group A alongside Canada, Sri Lanka and Scotland.

On the women’s side, Kenya recovered from a 21-15 first loss to Australia to beat Sri Lanka 21-18 in their second match.