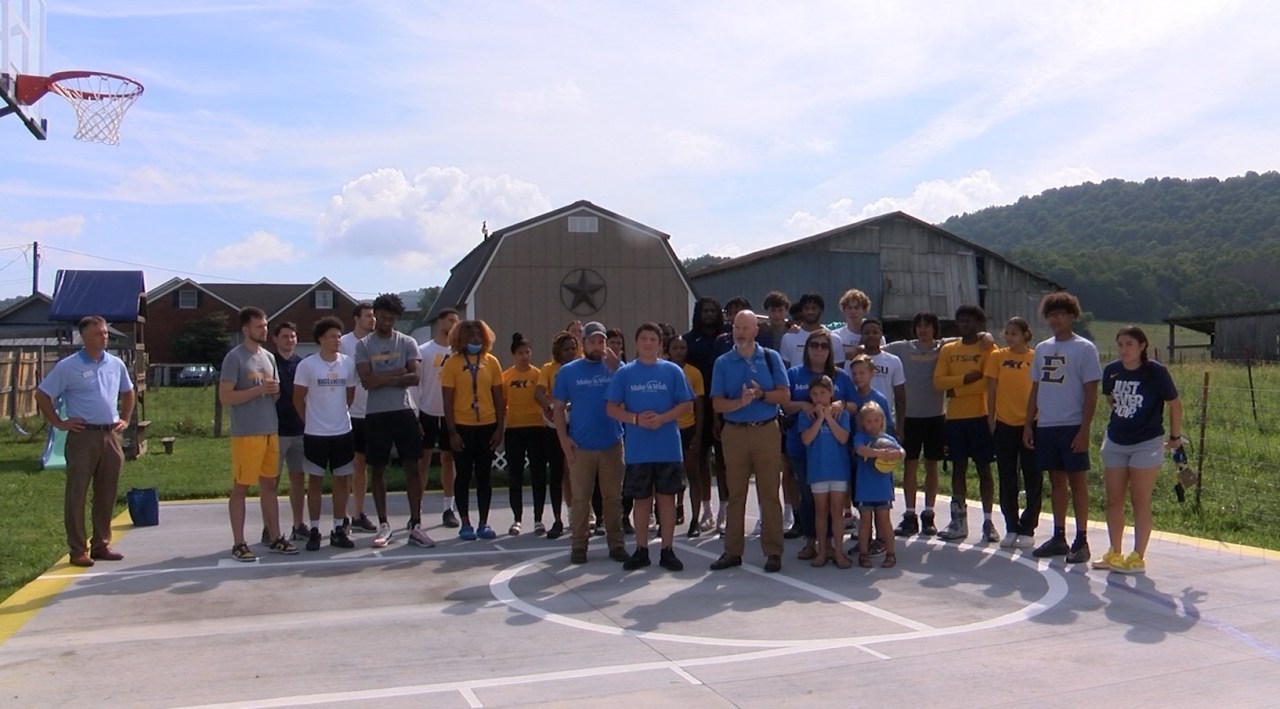 ELIZABETHTON, Tenn. (WJHL) — For 12-year-old Levi Fisher, basketball has always been his favorite sport. But his life would change radically just after his 10th birthday.

Doctors discovered that Levi had a rare and inoperable brain tumor known as ganglioglioma.

“He’s on chemo. He takes it twice a day,” said Tammany Markland, Levi’s mother. “They recently took him out of that.”

Eastman: release of iodine and methyl iodide after breakdown

Every three months, Levi and his family go to St. Jude Hospital in Memphis for scans. But Levi is still healthy enough to play any sport he wants, and that’s why he chose a brand new basketball court and visiting ETSU basketball teams for his Make-A-Wish. .

“When he chose that, he was stuck,” Markland said.

The court was painted gold not for ETSU, but for one of Levi’s favorite NBA teams.

“I actually love the Memphis Grizzlies, but before I told them that, I loved the Lakers,” Levi said.

During his wish, Levi got to play one-on-one with some of ETSU’s best. The players had a lot to say about Levi’s skills on the pitch.

“He’s been pretty good,” said Courtney Moore, a goaltender with ETSU’s women’s basketball team. “He has a nice little shot. A few handles.

Players also said giving back to the community is an important part of their role as student-athletes.

“They come to all of our games and support us, so just supporting them when needed is also mandatory for us,” said guard Jordan King of the men’s team.

Levi’s mother said watching her son get his wish was something she will never forget.

“To do that for him, to make this day special, and they definitely did a wonderful job with that,” Markland said. “And the smile, he was waiting for that.”