For a while earlier this year, it looked like the COVID-19 pandemic might call for another Atlantic University Sports (AUS) championship weekend for the Memorial Sea-Hawks.

The school took a little longer than others to resume in-person classes after the Christmas break, which sparked some concern among athletes and coaches of the men’s and women’s basketball teams. school. 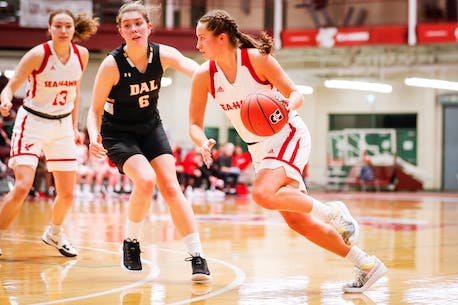 However, the decision has come to resume play in February. This meant returning to training and preparing game plans before wrapping up the AUS season while heading to the AUS Championships.

The men’s and women’s tournaments kicked off Thursday, March 17 at the Scotiabank Center in downtown Halifax with two games.

The Memorial teams will begin their tournament on Friday afternoon.

Coultas said he never felt comfortable with his team’s inclusion in the AUS championships because nothing is certain in these times of a pandemic.

Still, he credits all the hard work that went into making it happen. He especially thanked Memorial University athletic director Karen Murphy for her work in helping teams get back on the field.

Now it’s about preparing for the competition. The Sea-Hawks enter the men’s tournament as the fifth seed and will face the fourth-seeded Saint Mary’s University Huskies in the tournament’s third quarterfinal at 3 p.m.

The winner will advance to one of two semi-finals which will take place on Saturday afternoon.

“We’re feeling good, we’re healthy and everyone’s in good spirits,” Coultas said. “It’s been two years since we’ve been here, so it’s nice to be back.”

Led by fifth-year center Cole Long, the Sea-Hawks finished 8-8 in conference play, which was good for fifth in the AUS.

Earlier this week, Long was recognized for his strong season with an AUS All-Star nomination. The St. John’s native was named to the First Team All-Star.

The team has played solid basketball since returning and is 4-4 since Feb. 18, which includes two losses to the Huskies two weeks ago.

They ended the season on a high with a pair of wins over the University of Prince Edward Island.

Coultas said a key for his team will be putting together a focused effort against Saint Mary’s, while also relying on his players who have already appeared in the AUS Championship.

In the past when they have played there have been times, but the Sea-Hawks will need a full effort to advance to the semifinals.

“We’re just trying to create a complete game and hopefully the rest will happen on its own,” Coultas said.

On the women’s side, head coach Mark English and his Lady Sea-Hawks will begin their run to the AUS championship with a game against the Cape Breton University Capers at 1 p.m. Friday.

The Sea-Hawks enter the women’s tournament as the fifth seed after finishing the regular season 9-7. That included a 4-4 run to end the season. They ended the season sharing a pair of games against the University of Prince Edward Island.

“I was really happy with our last game against Prince Edward Island,” said English. “I felt we were playing like the team we played in the first half (of the season). It was a nice note to end the season.”

Heading into Friday, the England squad are feeling good heading into their playoff game with the Capers. Both teams have been competitive all season and English says it will be the same this time around.

His group will have to focus defensively, rebound and play their game offensively. Perhaps, above all else, he would like to see them playing with confidence in their abilities.

“I think that’s really the most important thing, that we come in with that confidence and that belief, because we have the talent,” English said.

If the Lady Sea-Hawks eliminate the Capers on Friday afternoon, they’ll head to one of two semifinals to be played Saturday at Scotiabank Arena in Halifax.