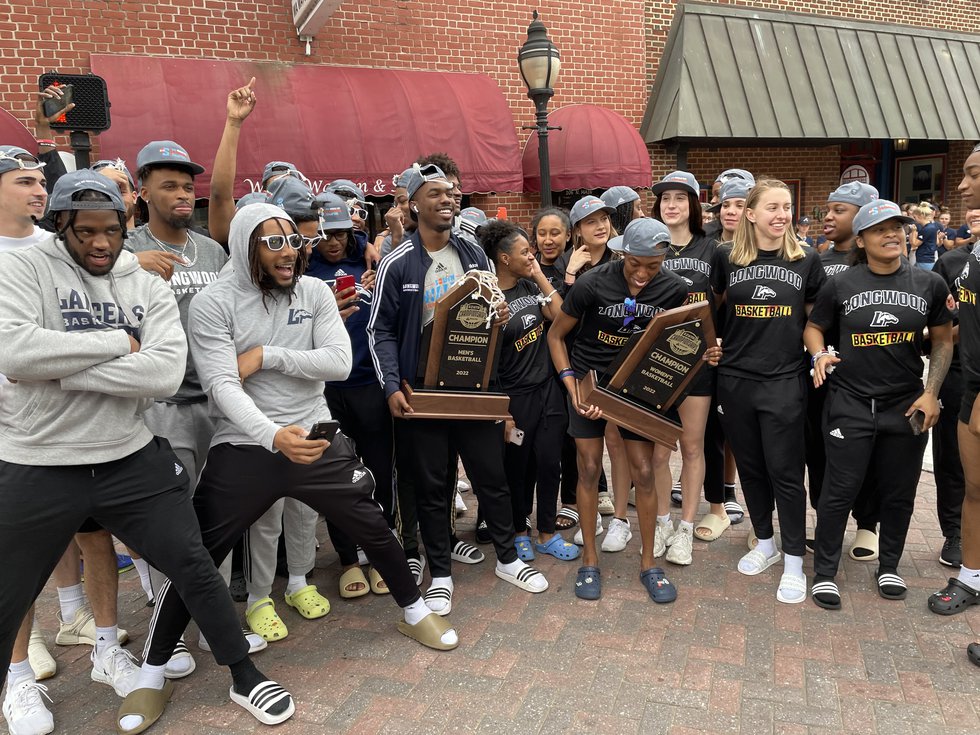 FARMVILLE, Va. (WWBT) – These are exciting times for Longwood University! Both the men’s and women’s basketball teams will travel to the NCAA for the first time in school history.

Both Lancers won the Big South Tournament this weekend to secure their place in the tournament.

For the men’s game, Isaiah Wilkins scored 19 points as Longwood advanced with a 79-58 win over Winthrop on Sunday in the Big South Tournament Championship game.

Wilkins spent two seasons at Virginia Tech and another at Wake Forest before coming to Longwood this season.

In the women’s game, they beat the top-seeded Campbell team 86-47. Kayla McMakin scored 22 points and tournament MVP Tra’Dayja Smith added 21 on a perfect 5-for-5 3-point shot in a surprisingly one-sided clash between the league’s top two teams.

On Monday afternoon, fans lined the streets of Farmville, once again welcoming their basketball champions from the Deep South.

Fans came out in their Longwood Lancer gear, made posters and waved their rally towels and scarves in excitement for both teams.

Fans said it was a long time coming, but it was great to see the men’s team defeat Winthrop with an impressive performance.

Winthrop had been the perennial Big South powerhouse that had won the last two conference tournament titles.

Then, fans said seeing the Lady Lancers blast Campbell University right after the men’s team won was a game in heaven.

This is only the third time in Deep South history that the same institution has won both men’s and women’s basketball titles in the same year.

Fans are on Cloud 9 and said they hope both Lancers can make it to the tournament.

Want the best NBC12 stories in your inbox every morning? Subscribe here.