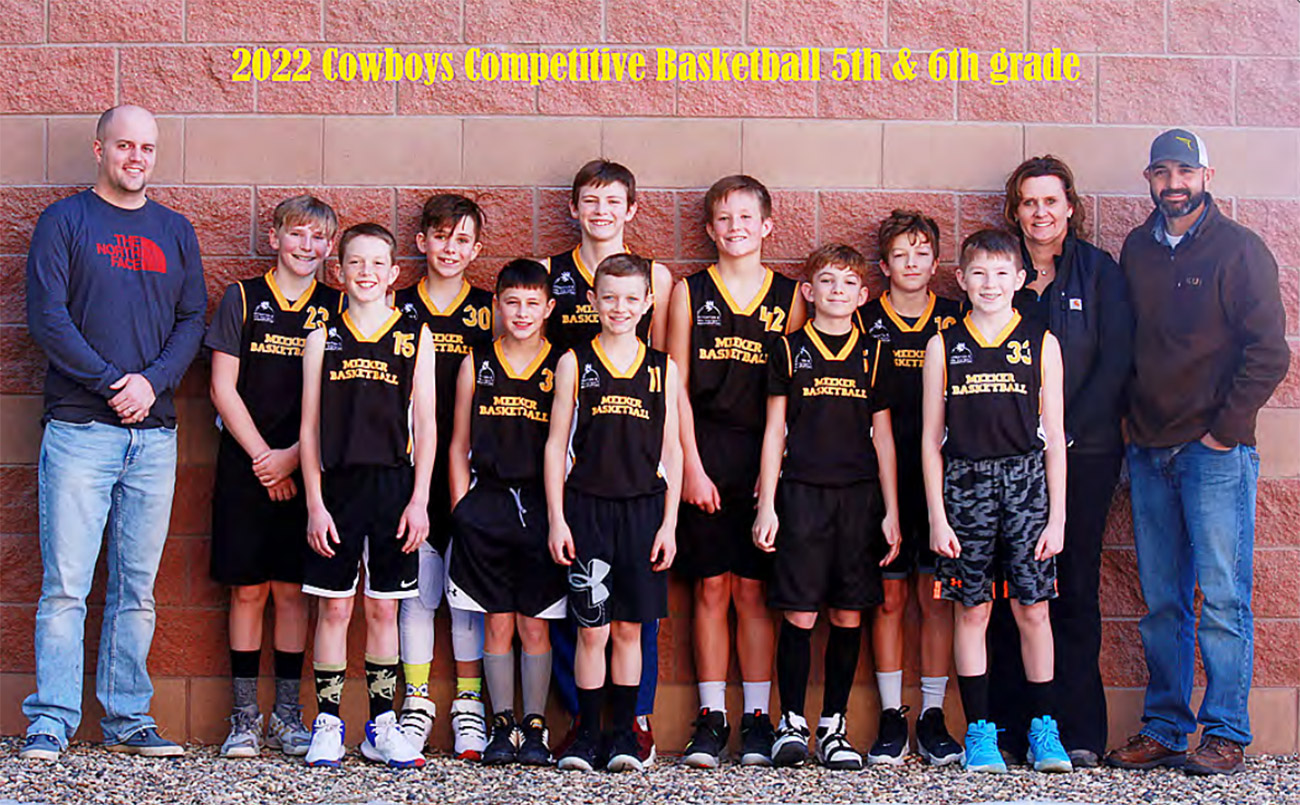 MEEKER I The fifth and sixth grade basketball teams ended their regular season on February 26th. The competitive team finished a perfect 7-0 season and won the Colorado River Youth Basketball League. Meeker easily beat Silt in the championship game 35-11. When asked what training for this group was like, Amy Chinn replied, “It was a group of fun kids! They worked hard in training and improved every week. All of them are extremely competitive individuals who work as a team. They love basketball and it made the game fun for everyone involved.

As for the fifth and sixth recreational teams, they played against Rifle 2 in the season-ending tournament. They fought hard and fought to the end but couldn’t get the victory. Rifle took the game by just 3 points. When asked what coach Sean VonRoenn thought of this season, he replied: “We had a great turnout with 13 boys; they put in a whole season of effort and made great improvements. I can’t wait to see these two bands continue playing as they get older. The future of Meeker basketball looks bright.

Special for the Herald Times