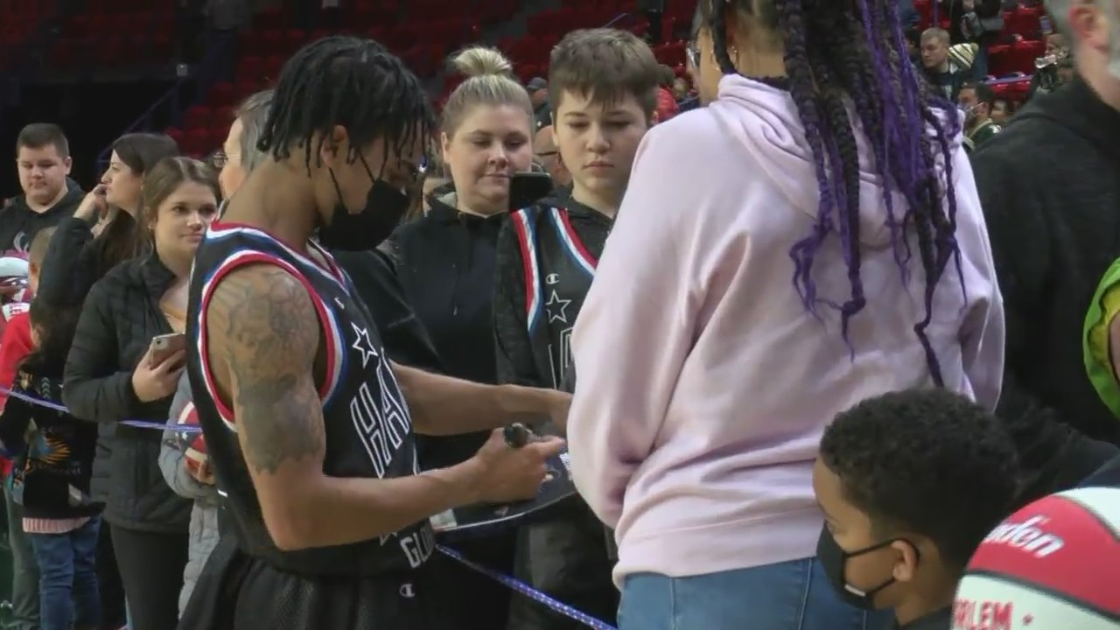 Maybe it was fate that the Globetrotters started their 2021-2022 Spread Game Tour in Green Bay. After all, one of their stars is nicknamed “Cheese” Chisholm.

The Globetrotters appealing to the Green Bay crowd wearing cheese heads and mocking the Minnesota Vikings during the show. Chisholm says he’s been to Green Bay before and loves the city.

“People are always genuine and show love and that’s why we’re here to return the love, spread the game and make sure people are having a good time,” Chisholm says.

Between fancy dribbling, trick shots and dunks, Harlem Globetrotters players say their goal is to show the crowd things they’ve never seen before.

“It’s something I wanted my boys to appreciate and it was just a matter of them getting to the right age where I thought they would really appreciate it,” says Appleton resident Paul Knuppel.