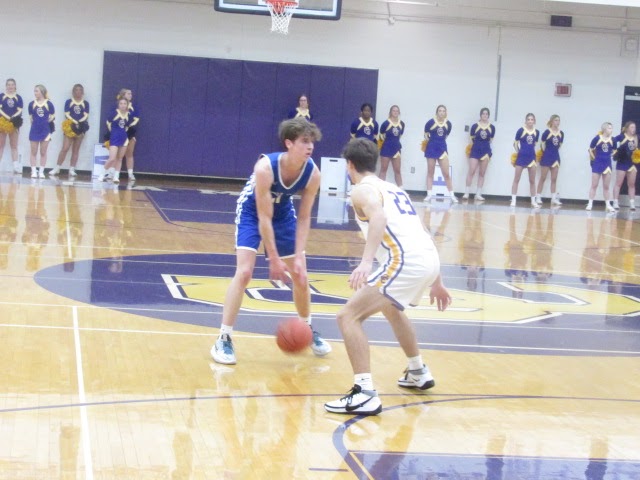 Both Highland basketball teams hit the road for the holidays and scored huge wins.

The Bluebirds (7-3 overall) found themselves trailing 22 at halftime against the downtown Cincinnati Senators who made it to the Ohio Division III semifinals (second smallest of the four classes) last year.

Highlands finished the third quarter on an 18-0 run only to trail 52-50 early in the fourth quarter. The Bluebirds then sealed the deal, beating the Senators, 26-17.

“I don’t know if I’ve ever had a bigger comeback as a head coach in my 12 years as a head coach,” noted Kevin ListermanHighland head coach. “I think that’s definitely the biggest deficit we’ve overcome against a high quality opponent. Taft is not only one of the best teams in Cincinnati, but one of the best teams in Ohio. .For us to dump it like we did and have the courage and unity as a group to keep fighting, I’m so proud of our guys.”

The Bluebirds put together their usual balanced score. Senior Guards Zach Barth and Reading Leyton led the way with 22 points and 17 points respectively. junior guard Will Herald followed with 14 and second center Brody Benke scored 11 including one three-pointer.

“Coach (Listerman) gave us a boost at half-time,” Read says. “We were going up and down the field. We kept moving, rebounding and going out in transition where we’re best at finding our shooters. All three of us were hitting.”

Highlands shot 30 of 60 for 50 percent, including 8 of 16 three-point attempts for the same percentage. The Bluebirds also made 8 of 11 free throws for 73% and grabbed 34 rebounds. Senior Striker Oliver Harris led the way with 11.

6-foot-4 junior forward Rayvon Griffith led Taft with 21 points. He is recruited by Ohio State, the University of Cincinnati and other NCAA Division I schools. small front Demario Hill and leader Demarco Bradley followed with 14 and 12 points respectively.

The young Bluebirds (3-4) took a huge step forward by ending the eight-game winning streak for the host Rockets (8-2).

“The good thing is that CC Shick was able to get some one-on-ones and we were able to take the ball from our guards from her. She managed to get a few of them,” noted Jaime Walz RicheyHighland head coach. “We just had guards who got up and handled the ball.”

Second year 5-9 center Kasey Gross scored eight points for the second straight game. Seven different Bluebirds scored. The Bluebirds shot 19 of 34 for 56 percent, including 5 of 11 three-pointers for 46 percent and 10 of 12 free throws for 83 percent.

“I think we did well to be able to pass (the defense) and know what plays we had to run when they came and double team Marissa,” Gross said. “Our confidence has increased a lot with driving to the basket, among other things.”

Highlands will face Pikeville (7-1) in the tournament championship at 3:15 p.m. at L’Assomption.