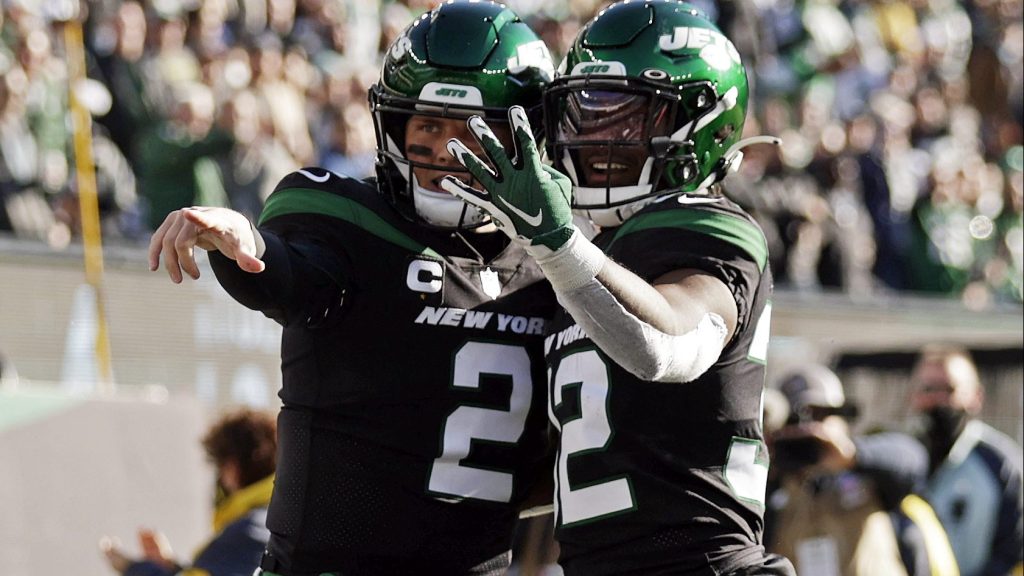 Zach Wilson showed off his athleticism a lot during his rookie season — especially when he ran for 52 yards in Week 16. But he’s more than just a jammer.

Running back Michael Carter explained on Hello Soccer that the 6-foot-2, 214-pound quarterback is also a baller.

“He’s a monster athlete,” Carter said. “A lot of people don’t know that, but he’s a good basketball player. He can really hoop. It’s just funny to know that he really can because looking at him, you might not know not that he can hoop.

Wilson can dunk too, in case you were wondering.

“Dunking is an understatement,” Carter added. “He can really play. It is smooth.

Wilson attributes his style of improvisational football to his basketball upbringing. Wilson was the starting point guard at Corner Canyon High School in Provo, Utah, and once thought basketball would be his primary sport in college. Prior to the NFL Draft, Wilson explained to ESPN’s Kirk Herbstreit that the lessons he learned from basketball affected the way he moved on the football field.

Now we just need that highlight reel of Wilson’s dunks.

How does the Jets’ Zach Wilson compare to other rookie QBs in 2021?