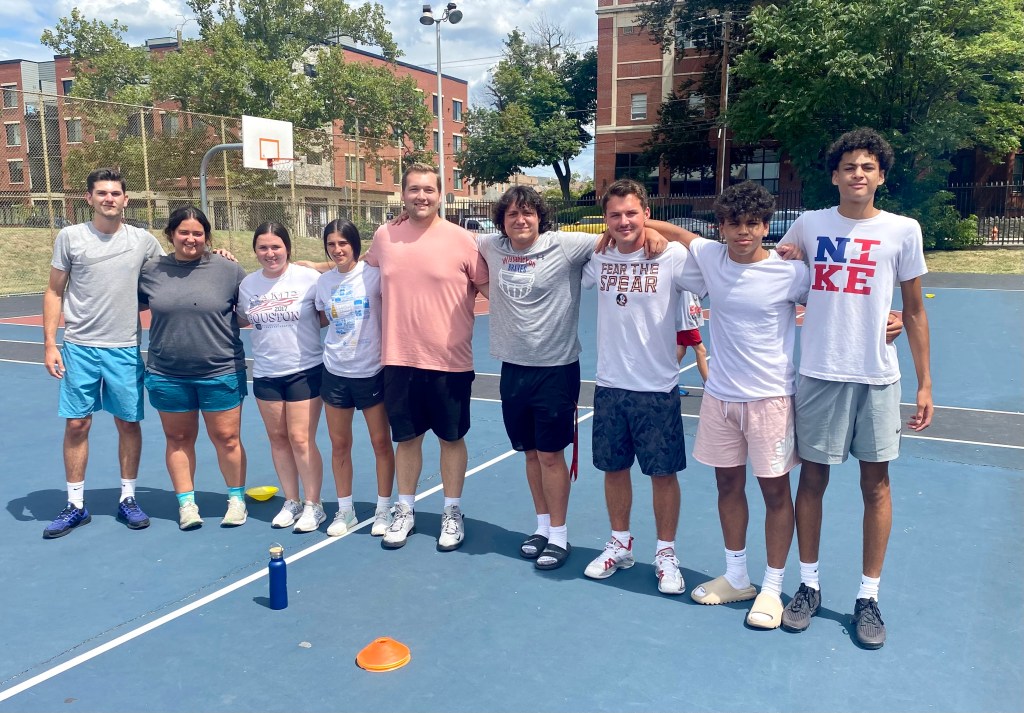 The Kendrick Rec Center recently wrapped up a week-long basketball skills camp. Over 40 campers ages 6-11 participated in the late summer offering which included instruction and drills on basketball basics such as dribbling, passing, team defense, shooting and ball movement strategies. And. of course, some scrums. The campers had two perks that made their week a complete joy. First, Mother Nature cooperated by providing a breath of Canadian air throughout the week that was a welcome respite from the sweltering temperatures that will have etched themselves into our collective memories of Summer 22. And above all, there was the exceptional cast of instructors working with the campers. Camp director Jake Gratzinger had a support team that showed genuine care and basketball know-how that they were all willing to share with the youngsters. The elite support roster included Colin Fadigan, Billy Arnold, Becca Arnold, Julia Kuneck, Steph DeAngelis, Zach Opiela, Aaron Barnes and Mani Sayid.