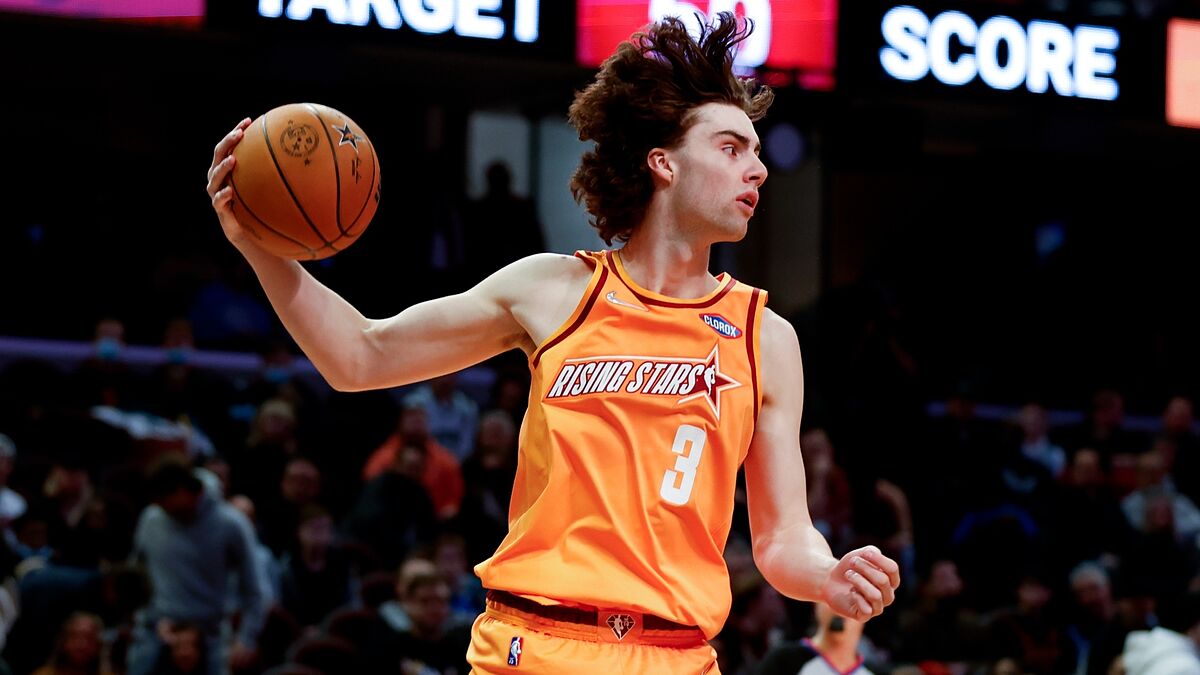 IeBron James has a great sense of talent as he has proven for three consecutive years by hand selecting Luka Doncic in the All-Star Game. Last Friday’s Rising Stars game featured Oklahoma City Thunder’s Josh Giddey. The young guard is proving to be a creative talent that can continue to improve over the years. His skill level caught the eye of the “King” himself, as LeBron talked about him upon arriving in Cleveland for the All-Star Game. But for James, aside from Giddey, there’s also Thuder’s GM: Sam Presti.

Over the years, Presti has managed to recruit some outrageous talents who have since become world-class NBA stars. Let’s do a count. Over the years he has signed Kevin Durant, Russell Westbrook, Jeff Green, Serge Ibaka, Reggie Jackson and now Josh Giddey. Two of those names will likely become Hall of Famers and the others have solid NBA careers right now. If everything works out, Josh Giddey has his future secured in the league. Presti has a keen eye for spotting some of the best players of recent years and Giddey proves him right this season. Its ability to spot talent remains intact and James recognized his talent.

What did LeBron say about Giddey and Presti?

During his All-Star Weekend presentation, Lebron first spoke about Giddey’s skills: “He’s really, really, really good. He’s got good pace in the game. Great vision. I’ve always liked pass-first guards who can see plays happen before they happen, and Josh is one of those kids who can definitely see the play a lot faster than a lot of guys on the court. consecutive doubles. He plays great basketball. But the MVP over there is Sam Presti. He’s the MVP. Josh Giddey is great but Sam Presti, I don’t understand that guy’s eye for talent. He drafted KD, Russ, Jeff Green, Serge Ibaka, Reggie Jackson, Josh Giddey… the list goes on and on and on. This guy is damn good.