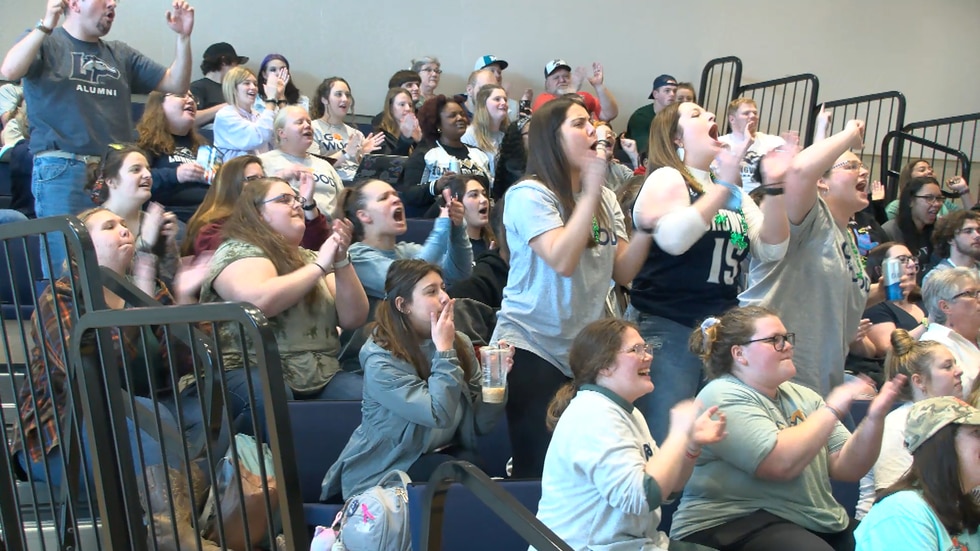 Dozens of students, faculty and staff wore their Longwood University shirts and filled the stands to watch the Longwood Lancers take on the Tennessee Vols.

Longwood University faculty member Consuelo Alvarez showed up at the watch party with her Lancer flags in support of the men’s and women’s basketball teams in their historic March Madness tickets.

“We’ve earned it because it’s been a long road,” she said. It’s something that hasn’t happened since last night until today. This is happening because there has been a lot of work along the way, not only by university administrators, but also by the athletic department.

The results were not what Longwood University fans expected, as the Tennessee Flights won 88-56.

However, students like Amari Jordan and Denae White are proud of the Lancers and their work to qualify for the national category.

“I’m a little upset, but we’re very proud of our Lancers who have come this far,” Jordan said.

“It was very stressful, but we love them,” White said.

The Cinderella story isn’t over for Longwood University as the women’s basketball team prepares to take on Mount St. Mary’s on Thursday night.

The town of Farmville was filled with messages from Lancer Pride ahead of Thursday’s big games on storefronts and storefronts cheering on the teams.

Businesses, including the Brew House, were also preparing for Thursday’s games.

“The city is abuzz about it,” Amberly Eells said. “It’s historic that both teams made it to March Madness.”

Eells said their restaurant is ready and set for crowds to watch games and celebrate St. Patrick’s Day.

“It brought the community together more than usual,” she said.

“We saw so much excitement and Lancer Pride,” Whitus said.

Win or lose, Whitus said, seeing the Longwood Lancers on the national stage is a moment he will never forget.

“It’s just breathtaking to see Longwood and Farmville flashing across the screen on the national stage,” he said. “I think the whole community sees and feels that enthusiasm.”

Want the best NBC12 stories in your inbox every morning? Subscribe here.