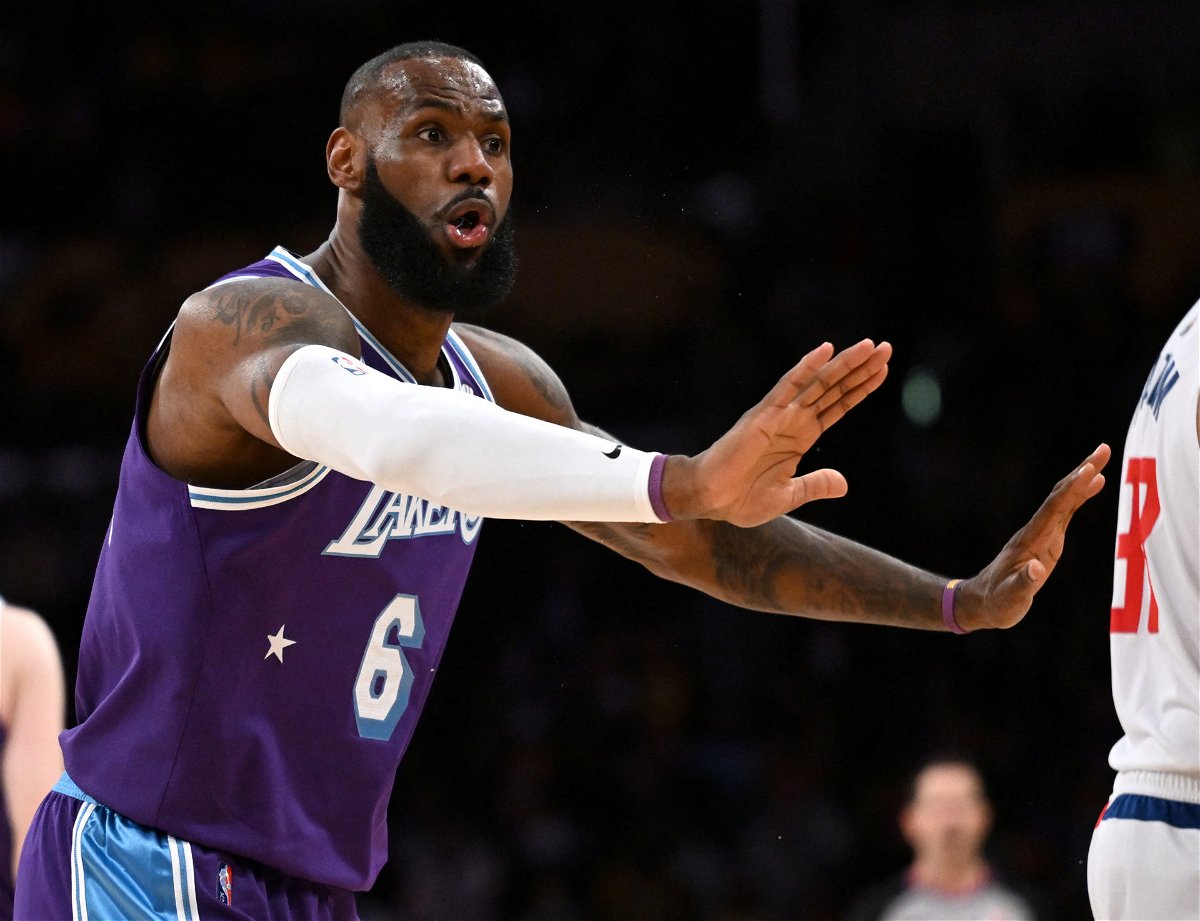 LeBron James is a global icon and one of the best players of his generation. He inspired many to become NBA players and play like him. The same thing that makes LeBron one of the greatest players to ever do is also what makes it difficult for others to match him. LeBron arguably has more natural talent than the majority of individuals in the world playing the sport.

While not everyone can be LeBron James, that doesn’t mean no one can. A recent Instagram video showed us a man on a military base playing basketball. His style of play is suspiciously similar to that of LeBron. This caused quite a stir among fans online.

He had comments like, “Man protects the country and the rim.”, “He’s so good with it haha.”, “Brother got the wrong contract.”, “Brother signed up for the wrong project” and the quintessential “LeBucket”. Louisville assistant coach and former NBA player Nolan Smith asked Austin Parker (the player in question) if he was eligible for college.

When it comes to basketball, there are certainly many hidden gems around the world. Not everyone can join the NBA due to various circumstances. In terms of basketball ability, being compared to LeBron James is undoubtedly a distinction in itself. Austin Parker has commanded respect both on and off the field from many people.

LeBron James: Was he a hidden gem?

Lebron James was considered a potentially great basketball player since he was in high school. He dropped out of college after graduating so he could compete directly in the NBA. “The King” was then drafted by the Cleveland Cavaliers in 2003.

To compare someone to LeBron James, you have to consider the crazy talent he had when he was young and the longevity he showed in his career. It’s almost unlikely that a player like him will ever return. There was Michael Jordan, of course, but he didn’t play for two decades in a row.

Another hidden gem in Parker’s vein is Giannis Antetokounmpo of the Milwaukee Bucks. He played very little matches in local Greek leagues before being discovered by scouts. No one in the drawing room knew who he was. He went from an unknown quantity to arguably the best player in the league. And two MVPs, a Finals MVP and an NBA title say it all.

Watch this story: Who was drafted before Michael Jordan? Where are they now and how has their career been?

Parker could potentially have an NBA career after this video went viral.

What do you think of Parker’s skills? Tell us in the comments below.