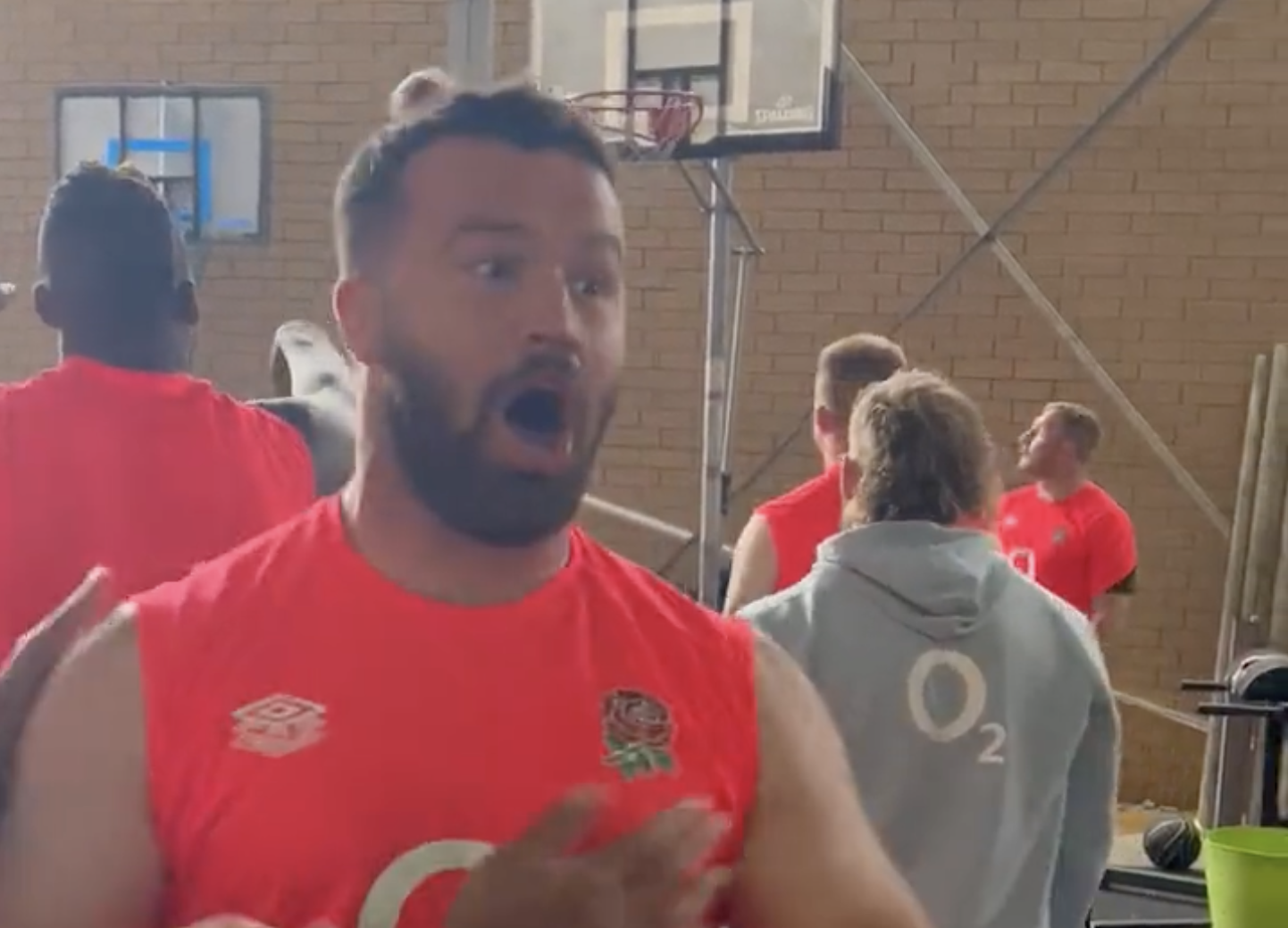 Reports are emerging that Eddie Jones and England are desperately trying to find a way to incorporate Bevan Rodd’s incredible basketball skills into a move after the 21-year-old was caught on camera performing a miracle shot this week.

England Rugby this week shared a video of the team playing basketball, where the Sale Sharks man attempted an overhead shot and landed it, driving his teammates wild. Jones has since worked hard to try to incorporate this into a new movement.

So far, all the team has found is Rodd standing at the opener during a lineout and shooting to his outside center. Scouts who have looked into the England squad’s training in Perth have reported that the move has had a 100 per cent interception rate so far, but Jones isn’t ready to give it up.

Take a look at the snapshot:

Meanwhile, England have encountered a roadblock in preparations for the first test against Australia next week with winger Jonny May testing positive for Covid. He will now have to self-isolate for a week, although Jones has not ruled him out of playing.

“We’re not going to rule out Jonny May at this point. We’ll just see how he’s doing,” Jones said.

“Potentially he will be available next Thursday for training so we will see how he looks because he has experience and he showed in his first game against the Barbarians that he lacked playing time and he had his best rugby ahead of him.

“We will just monitor his situation and make an assessment closer to the day he comes out.”

England will be looking to bounce back from a humiliating 52-21 loss to the Barbarians at Twickenham on Sunday, although they will welcome back a number of Leicester Tigers and Saracens players for their series against the Wallabies.