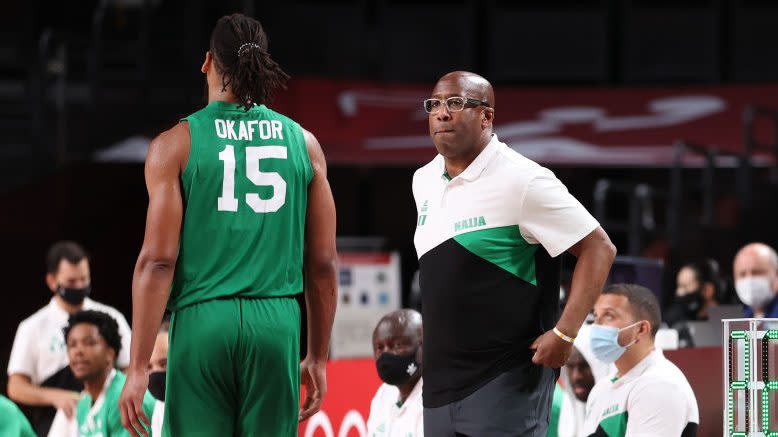 The Nigerian government did an about-face on Thursday and allowed its national basketball teams to resume competition immediately.

The decision to lift the ban on teams playing in international competitions came after an appeal to the government of the Basketball Federation of Nigeria and the “intervention” of former Nigerian international players, the sports ministry said. Nigerian President Muhammadu Buhari approved the return to play, the ministry said in a statement.

The Nigerian government withdrew its teams from international competition for a two-year period last month, citing a leadership struggle and other administrative problems within the national basketball federation.

The two-year ban also threatened the men’s team’s qualification for the 2023 World Cup. The World Cup qualifiers resume on July 1 and the Nigeria men’s team said on Twitter after the ban ban that she was “hustling” to see if she could now compete in the qualifying competition in Kigali, Rwanda.

The Men’s World Cup also serves as a qualifying tournament for the 2024 Paris Olympics and Nigeria risks missing out on both if they miss out on those qualifiers in Rwanda.

Nigeria men’s team is coached by Sacramento Kings coach Mike Brown and put himself on the map by upsetting the United States in a warm-up match ahead of the Tokyo Olympics last year.

The government’s decision last month to withdraw teams from international competitions has been heavily criticized by players from Nigerian teams, but has also drawn backlash from NBA figures. President of the Toronto Raptors Masai Ujiri and coach of the Boston Celtics Ime Udokawho are both of Nigerian descent, expressed their frustration with the leadership of Nigerian basketball.

The most scathing criticism of the authorities came from the men’s team, who posted on Twitter earlier this month: “We hope that one day Nigeria will be ruled by a government free from corruption and greed.” The future of Nigerian basketball is extremely bright and we are being held back by our leaders.

There has been a long history of trouble at the Basketball Federation of Nigeria, but the latest issues relate to a leadership struggle after two separate presidents were elected to lead the NBBF in parallel elections. The Department of Sports said lifting the ban was conditional on the NBBF fulfilling its commitment to work with the department to resolve all of its “issues”.