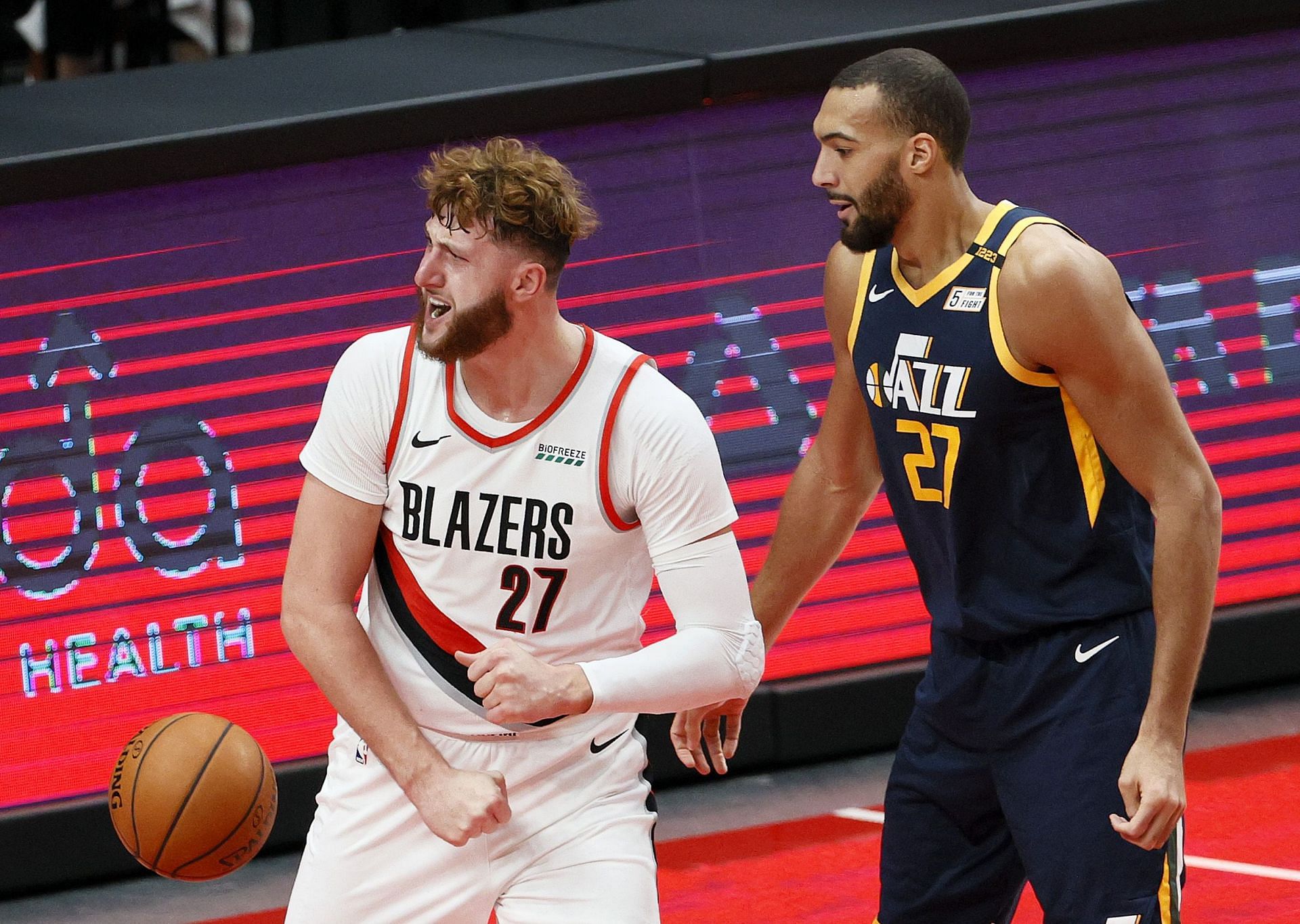 “Now see Nurkic has basketball skills unlike Giannis”, “Nurk heard y’all talking shit about him not being a top 10 center in the NBA”

Evan Fournier of the New York Knicks led France with 24 points. Minnesota Timberwolves Rudy Gobert finished with a double-double of 10 points and 14 rebounds.

The match went into double overtime, with B&H and France tied at 76 at the end of regulation and 83 at the end of the first overtime. In OT2, B&H beat France 13-7. B&H took the lead early in the game, leading by 18 with three minutes left in the first quarter, as France recovered and led at halftime.

Five minutes from the end of the fourth quarter, Jusuf Nurkic posted Gobert on a possession. He backed Gobert into the low post and sank a hook shot. This basket was followed by Nurkic taunting Gobert as B&H increased their lead to 7.

Following a successful trade, Rudy Gobert will be the starting center in Minneapolis.

Despite being in the top half of the league in defensive rating, the Timberwolves have had several shortcomings, which Gobert can cover.

Karl Anthony-Towns, who is more of a four than a five, was a top-10 defensive rebounding center last season. However, the only other terrific rebounder for Wolves was Jarred Vanderbilt, recording 5.5 defensive rebounds per game.

That lack of rebound put the Timberwolves in the the last five in defensive rebound percentage last season, giving up nearly 30% of their DREBs.

At the other end of the spectrum is the Utah Jazz. They were in the top five in defensive rebounding in 2021-22, with Gobert being the top contributor. He was second to Nikola Jokic in rebounds last season.

While this is just one aspect of a defensively stacked forward pitch, Gobert fits in for another crucial reason. Minnesota won’t ask him what the Jazz did. Gobert was the second option in Utah. However, with Wolves, Gobert is perhaps the third or fourth option in attack.