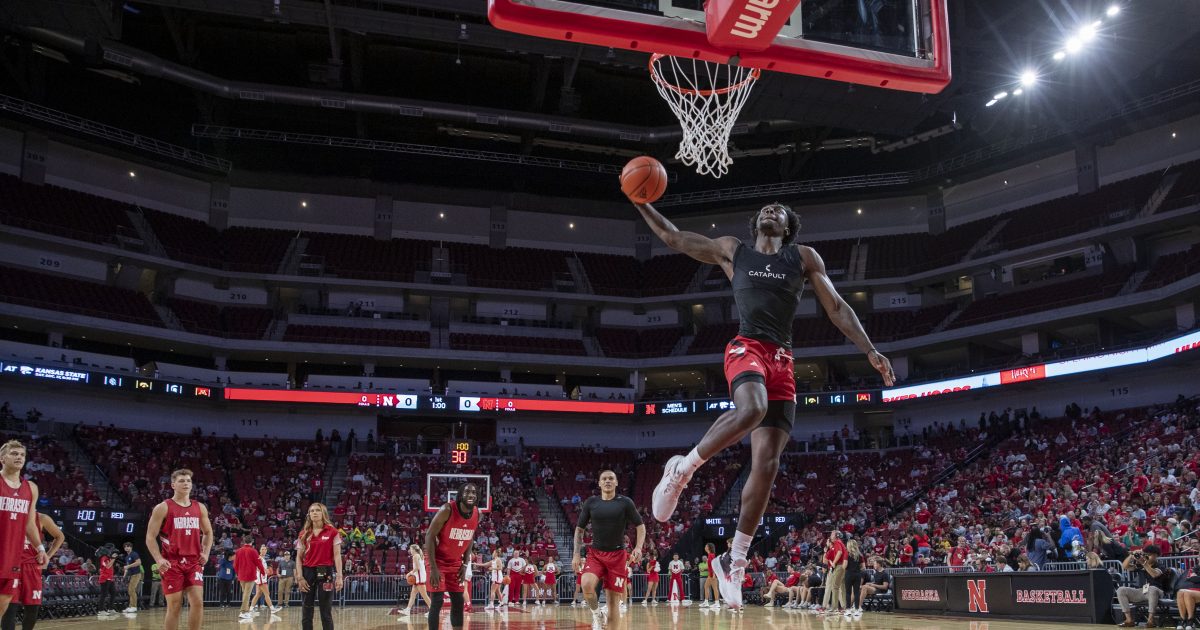 As September draws to a close, basketball season draws closer and closer.

Nebraska’s men’s and women’s basketball teams had their annual opening night festivities on Friday, entirely with a musical guest to cap off the night. This year’s entertainment was Waka Flocka Flame, which is more in line with my own college years than my current ones, but there were still a lot of people after basketball.

On the court, Amy Williams put her group first with a scrum. In two 12-minute halves, the Nebraska team nearly overtook their male scout team counterparts.

No official stats were taken, so here’s what I was able to grab.

Jaz Shelley led the team with 10 points, adding three assists and a pair of rebounds.

Shelley, Markowski and Weidner were joined by Trinity Brady and Isabelle Bourne as starters. This is the first time since 2017 that Sam Haiby will not be on the floor. Haiby is out for the season with a leg injury. 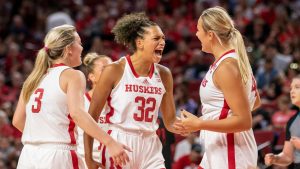 Kendall Coley and Alexis Markowski celebrate after a basket. (photo by Kenny Larabee)

Even without one of their field leaders, the Husker women are still expected to fight for a return trip to the NCAA Tournament.

Fred Hoiberg, after a disorganized scrimmage attempt a year ago, opted to put the men’s team through a number of drills this time around.

The drills ranged from a five-man weave all over the court to a three-point driving and kicking drill to even defensive work via an elbow closure before a defensive reshuffle to the corner.

Can you measure a lot from several minutes of exercise? Would we have learned much from a scrimmage that most likely ended up as an NBA All-Star Game with no defenses and no players trying to play the best moments? 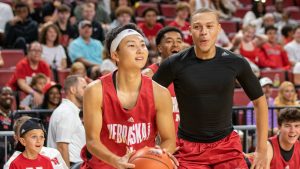 This year’s team looks more athletic than any team from the Hoiberg era. They’re also taller, with four guys 6’9 or taller.

We’ll know a lot more on October 23 when Nebraska hosts Chadron State for an exhibition.

The two teams met in a three-point game before the concert. The men have won two of the three matchups. Keisei Tominaga had the most threes with 17.