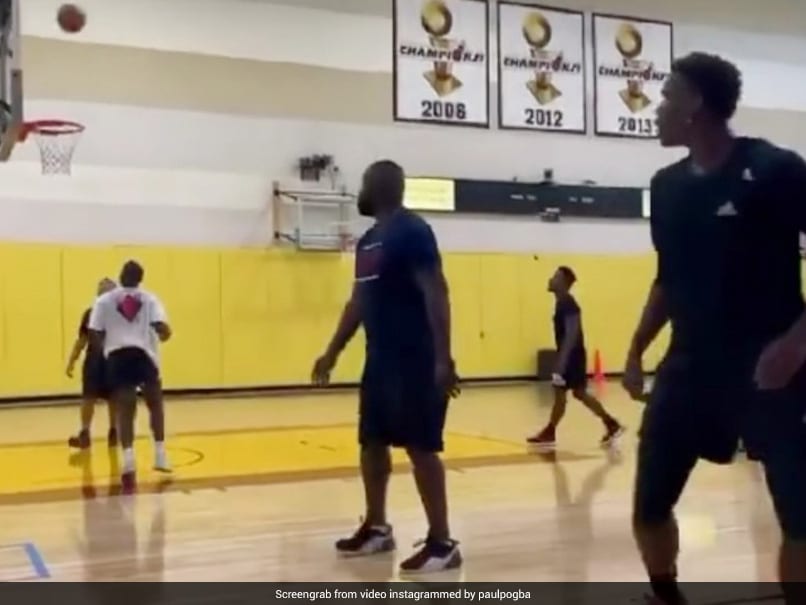 Paul Pogba shows off his basketball skills and scores a three-point shot. look

UEFA Euro 2020: Paul Pogba shows off his basketball skills with his friends.©Instagram

After being knocked out of the ongoing UEFA Euro 2020, French star Paul Pogba seems to be taking time off from football. The French midfielder took to social media to show off his basketball skills through a video. In the video, Pogba can be seen dribbling his friends with ease, even managing to score a three towards the end. France were eliminated from Euro 2020 in the Round of 16, after losing to Switzerland on penalties. Posting the video on Instagram, Pogba also asked professional basketball player Jimmy Butler and NBA team Miami Heat to give him a call. He captioned the video as follows: “@jimmybutler, tell your boys to call me! @miamiheat (Wait until the end)”.

Here is the video:

The post was also well received by fans, who praised Pogba for his basketball skills. One fan commented, “LeBron Pogba?”

“A versatile player! Except nothing less,” wrote another fan.

“Form is better than mbappes penalty,” another fan replied.

France withdrew from the round of 16, losing 4-5 on penalties to Switzerland. The game went into overtime after the two teams were tied at 3-3.

Pogba will be hoping to bounce back from a disappointing Euro 2020 campaign and get back into shape for Manchester United. The next 2021-22 Premier League season starts on August 13.

Manchester United will play their first match on August 14, where they will face Leeds United.

Topics discussed in this article