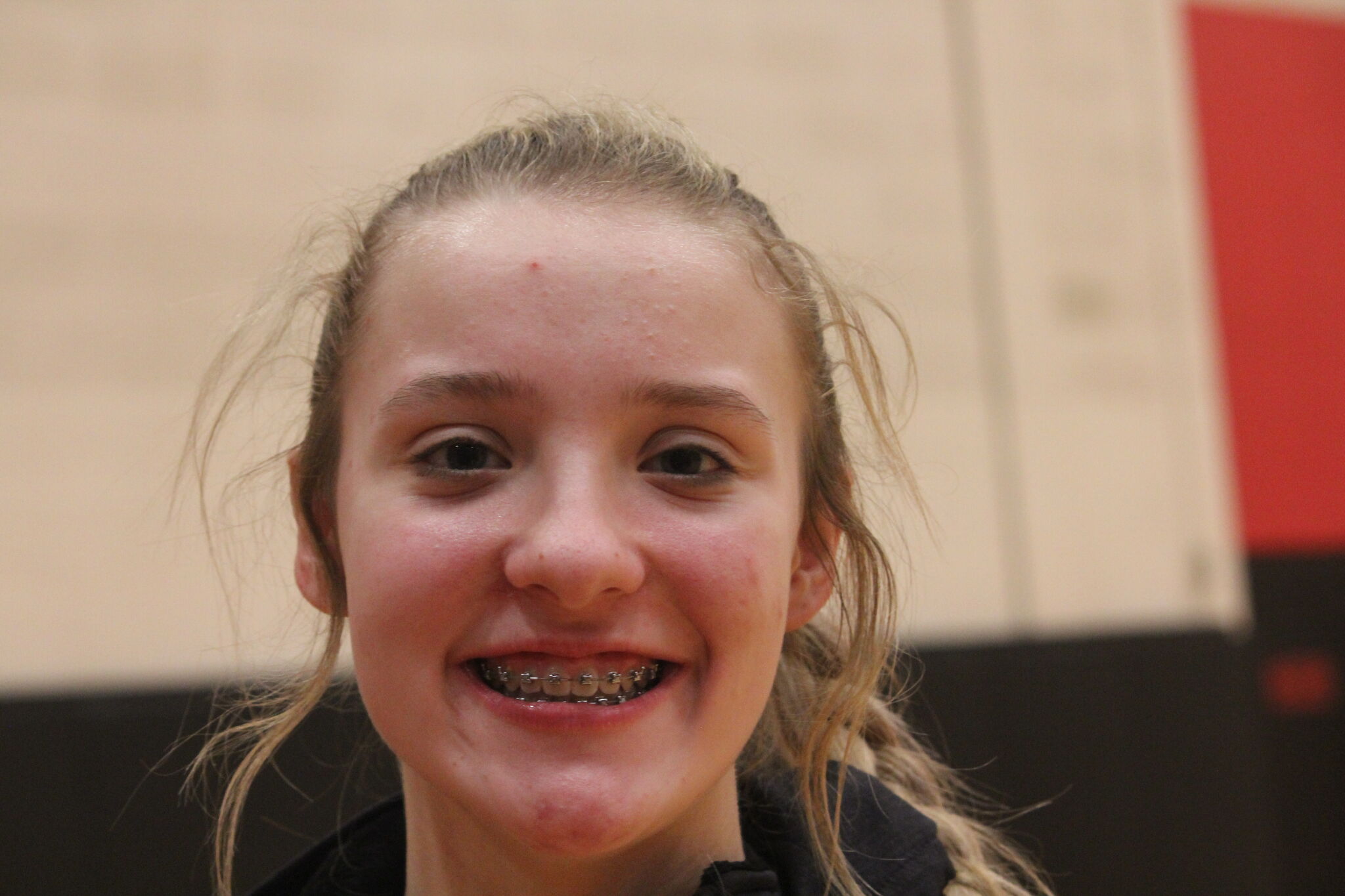 REED CITY — The Reed City women’s basketball team held off Central Montcalm 50-44 Wednesday in Central State Activities Association Gold Division action to improve to 5-4 in the league and 6-9 in the total.

Christina Malackanich had 13 points for Reed City while Kyleigh Weck had 13, Raquel DeBreuil nine and Paige Lofquist with seven.

“We had a lot of foul trouble in the third quarter,” said Reed City coach Tim Beilfuss. “We had to make it small. We played a smaller composition. Kenzie Shoemaker had a very good second half. Raquel DeBreuil had one of her best games of the year. The defense has really strengthened. It’s our eighth or ninth game with a double-digit lead. Central Montcalm took the lead in the fourth quarter, but we fought back.

“We were able to make some lay-ups and free throws at the end which really helped us. It was a good team effort from a lot of kids. We had a lot of help from our kids tonight.

STANTON — The Reed City boys rebounded from a disappointing 50-48 loss to Big Rapids on Monday with this CSAA Gold win over host Central Montcalm on Wednesday.

Seth Jackson had 28 points and eight rebounds for Reed City while Ty Kailing had 13 points.

“I was very proud of the boys for a good character win against a very well trained Central Montcalm group,” said Reed City coach Steve Ernst. “The double-digit wins for our senior boys is something we can be proud of.”

Canyon Reed had nine points and 12 boards for Reed City.

The Coyotes are at home against Chippewa Hills on Friday. Reed City is 10-4 overall and 7-2 in CSAA Gold.

MANISTEE — The game was tied 23-23 at halftime and Baldwin had a 41-24 advantage in the second half.

Carmelo Lindsey had 15 points while SJ Hossler had 14, Louise Jackson 11 and Jalik Hawkins 10.

“We played a solid second half,” Baldwin coach JJ Eads said. “We shot the ball very badly in the first half.”

Baldwin is 10-2 in the West Michigan D League and 10-3 overall. The Panthers are home Friday with Crossroads.

Madi Sparks had 11 points for the Bucks plus five rebounds and four assists. Amanda Hill had eight points, as did Lynn Belvin, who also had three rebounds.

The Bucks host Beal City on Friday. Pine River is 3-8 in the Highland Conference and 5-10 overall.