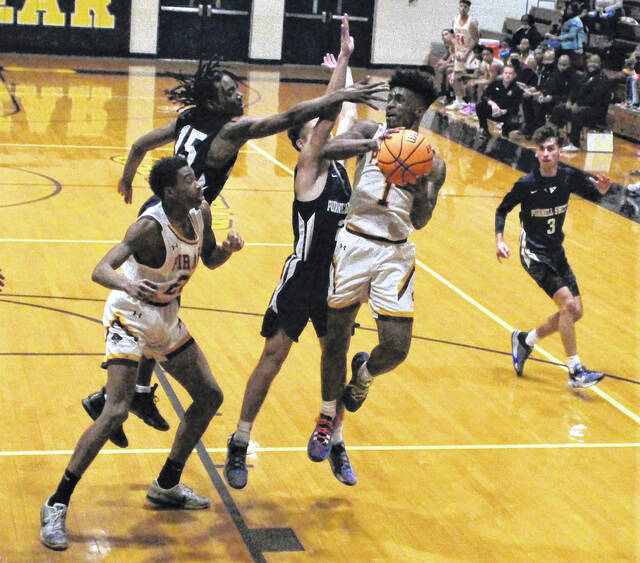 As a chill finally enters the November air this week, it’s a reminder that winter is near. Another such reminder comes Friday, when the Robeson County high school basketball teams begin their season.

All Robeson County programs have reason to be optimistic for the new season.

Here is an overview of each team, in alphabetical order.

With just one senior, the meat of the Fairmont team is a bunch of juniors, with a few underclasses mixed in; many of them are playing college for the first time. How they handle this transition will be key for the Golden Tornaodes (8-14 overall, 6-6 in the Southeastern Athletic Conference last season).

“The only thing they’ll need is focus as they move from joint venture to college,” Fairmont coach Montrell McNair said. “And their work ethic; you need to work a little harder as the intensity level increases from JV to varsity.

Forward Tyrus Morris (11.1 points per game last season) is the only senior and “knows what kind of shoes he has to wear and what his responsibility is,” McNair said. Junior guard Gabriel Washington (5.3 points) will also move into a leadership role.

“You always want your point guard to be a leader, and he’s willing to accept that challenge and be that leader that we need,” McNair said.

Of the less experienced players, McNair said he expects second-year guards Landon Cummings and Xavier Johnson to make an impact.

Expecting his team to improve defensively, McNair says his team’s goals are to be better last year, especially in the closing games of a Southeast Athletic Conference he expects to be wide open.

Entering his fourth season as Lumberton’s head coach, Bryant Edwards’ program culture is now well established. Add to that an experienced squad — especially three key senior guards — and it could be a great combo for the Pirates (21-7, 11-3 United-8 Conference).

“My three guards are an important part of what we do,” Edwards said. “They are definitely the heart of our team this year and we will definitely improve thanks to them.”

Edwards is also excited about first-year goaltender Amare Jones, who will play a few minutes in the backcourt.

As Lumberton opens the season Friday at the Fairmont, Edwards hopes this group can replicate the playoffs of 2020, when the Pirates were co-state champions, and 2021, a Regional Finals appearance.

“When the culture is established, it’s easier to win more games,” Edwards said. “We definitely have a team that we could definitely win a lot of games with and maybe make a run in the playoffs.”

Purnell Swett coach Jeremy Sampson is careful not to use the term rebuilding year but says it will be a ‘different year’ for the Rams (9-13, 5-9 United-8) after losing nine seniors last year.

The Rams won’t be a great team, but Sampson hopes his team can make up for that lack of size with a solid defense and strong work ethic.

“We’re never going to be big; if we can shoot well and buy defensively, we’ll have a chance to stay in some games,” Sampson said.

“We have a good group; they are good, hard-working children. I just hope we can find that rhythm,” said Jeremy Sampson. “Starting early can be a slow start, but we always try to use the Shootout as a stepping stone for us.”

Red Springs struggled to close out games at times last season, with a team mostly led by an underclass. After those “bumps and bruises,” head coach Glenn Patterson Jr. expects a more mature team to speak up when the Red Devils (15-13, 8-4 Southeastern) play Nov. 29 at Gray’s Creek.

“It’s going to be a pretty solid year, a solid test to see what we can accomplish this year and then try to build on that next year,” Patterson said. “He’s one of the best classes, in terms of basketball talent, that we’ve had here in Red Springs in a long time.”

“He does everything,” Patterson said of Sturdivant. “He can play in position, he can play on the wing, so he’s a really good addition to the squad this year.”

“We want to score one goal at a time and give our best in every game,” Patterson said. “If we mind our own business every night, we will achieve all the goals we want to achieve.”

While St. Pauls (22-6, 12-0 Southeast) fired several key players from last year’s conference-championship squad, another strong senior core is ready to lead the Bulldogs into battle when of their opening on November 22 at EE Smith.

“We have expectations – and they already know the expectations, but we’re just putting the guys in a familiar role,” Bulldogs coach Corey Thompson said.

Two freshmen are also expected to be key for the Bulldogs. Tyson Thompson, Corey’s son, is already 6ft 9in and attracting recruiting attention, while transfer winger Freedom Christian Josiah Sanders joins the Bulldogs with his own impressive height.

“They’re adapting to the speed of the game, especially with Tyson coming from college to university, it’s a huge transition,” Corey Thompson said. “The simple fact that they come out and play, and above all that they improve, is what we are looking for.”

While the Bulldogs’ goal is a state championship — they reached the fourth round last year — Thompson’s state goals are broader.

“Every year the goal is to be the best team possible,” said Corey Thompson. “We just want to be the best version of ourselves every day, in training and in games, and if we do that we will improve throughout the season.”