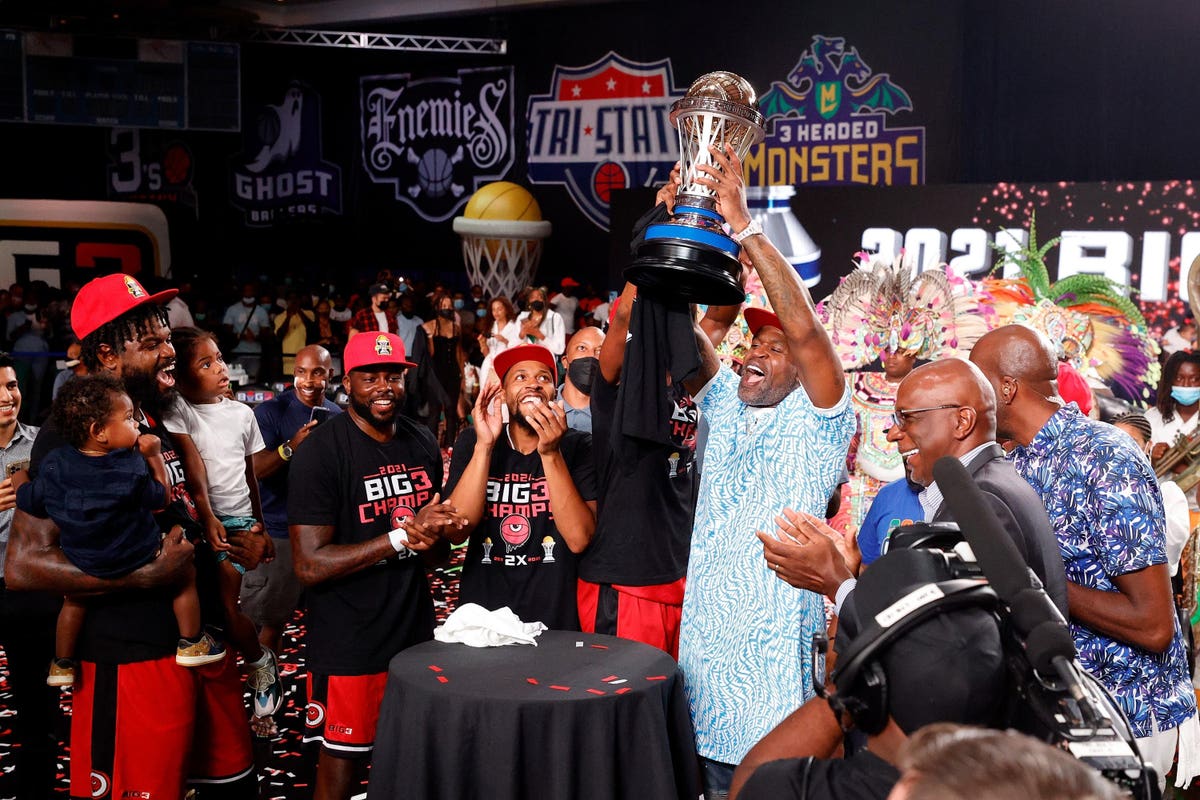 The 3-on-3 basketball league, BIG3, started by Ice Cube and Jeff Kwatinetz recently released sets of NFTs for its teams. Since the layered release of NFTs, Snoop Dogg and Gary Vee have become owners of separate teams.

The NFT version operated on a tier-based system and can come with – what was described by the league as – “ownership-like perks”. 1000 NFTs were published for each of the twelve teams in the league. 975 NFT Gold and 25 Fire. Fire NFTs were priced at $25,000 each and gold at $5,000 each.

From these 25 fire NFTs, a team CEO is selected. The major buyers that have been announced so far have each bought all 25 fire NFTs from a team to secure their position.

The celebrity owners who have been announced so far are Snoop Dogg and co-founder of PayPal
Ken Howery, Gary Vaynerchuk and his VeeFriends NFT collection, DeGods from the NFT community, Bill Lee from the MyDoge wallet, and Krause House – a basketball-centric Web3 organization.

According to the league, Fire Tier holders will have several utilities included with their NFT purchase, including:

“Access to weekly calls with your team to discuss strategy before each match.”

“Weekly video calls with the referees to discuss the rules and how you think their calls impacted the last game.”

“The unique opportunity to connect with Commissioner Clyde Drexler as well as league founders Jeff Kwatinetz and Ice Cube three times a year to discuss fundamental strategy, changes and ideas for the league.”

On the league’s new initiative and the plethora of new owners, Ice Cube said:

“We are absolutely thrilled to have Snoop, Ken and their communities aboard the BIG3. To have someone with Ken’s knowledge and experience wanting to be part of our league shows that we are headed in the right direction.

“Snoop is an undisputed legend who has jumped headfirst into the Web3 space and clearly understands the importance and value of what we are trying to create. Together I know they will take Bivouac to new heights and we have can’t wait to get started.

Around collection viability, I spoke to Manav Golecha, an expert in the NFT space, about the viability of scaling and selling NFT collections around celebrities in a short period of time. Golecha launched the famous Women of Crypto collection, which sold 8888 NFTs in 5 months. Women of Crypto, however, had a particular mission to empower and educate women in this financial and technological revolution.

“Any time you use a strong brand – and celebrities in this case – that’s a positive when it comes to NFT projects as a whole. Most NFT drops fail due to a lack of marketing and With something like this, it’s important that the ad is perfect, so people know it’s there, and also from a security perspective, it’s protected and on a secure platform What looks like this.

From art to improving safety and building thriving communities – Golecha expands its capabilities to ensure that a project’s processes are secure end-to-end for the benefit of its community and also to strengthen marketing of the project. It further helps NFT projects to audit smart contracts to identify bugs. This helps NFT collections optimize gas for their contract to reduce overall gas charges.

Hundreds of thousands of dollars are being stolen from people due to hackers in NFT Discord groups. Manav uses his Discord cybersecurity skills to help NFT projects fight hackers and remove webhooks from the Discord server. This reduces the likelihood of hacking and secures the community.

Golecha also mentioned the need to give back through fundraising. It helps NFT Collections partner with nonprofit organizations to increase their impact. He also made a personal donation of $100,000 to two entities, namely Women Who Code and Crypto Chicks.

“Philanthropic efforts should be a key part of this industry. This is certainly essential to me and I insist that all of my clients ensure that they seriously consider how they will give back to a specific community or area that they are passionate about.

The BIG3 announced plans to launch a foundation two years ago to help former NBA and WNBA players and coaches navigate their post-basketball careers.

Currently, only 1.4 million individuals are active on OpenSea, an NFT trading platform. This means that 99.9% of Internet users have not yet purchased an NFT. The rapid sell-off and popularity of fire NFTs, however, means that gold NFTs are likely not far from selling as well.

Golecha predicts that this will change in 15 years and that NFTs will have a significant market.

According to him, two big drivers of this growth will be the upcoming Coinbase marketplace which already has around 3.7 million users on the waiting list and Eth 2.0 which will significantly reduce gas fees once the network moves from proof. work at a proof-of-stake mechanism.

The fifth season of the BIG3 league begins June 18, on CBS and Paramount+ where it will be covered live.