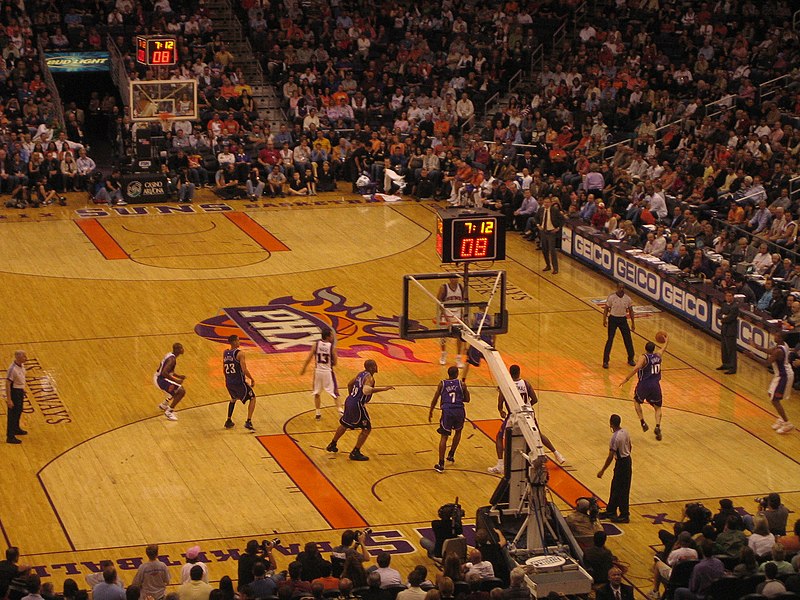 Banking and real estate mogul Robert Sarver, who has been mired in controversy over allegations of racism and sexism, will soon be banned from the NBA and WNBA.

On Wednesday, Sarver announced he had begun the process of selling the Phoenix Suns and Phoenix Mercury, two teams for which he has been a managing partner since 2004.

“Words that I deeply regret now overshadow nearly two decades of building organizations that have brought people together – and strengthened the Phoenix area – through the unifying power of men’s and women’s professional basketball,” Sarver said in a statement. press release published by PRNewsWire.

Sarver later added, “I don’t want to be a distraction to these two teams and the great people who work so hard to bring the joy and excitement of basketball to fans around the world. I want what’s best for both of these organizations… That’s the best course of action for everyone.

“In the meantime, I will continue to work to become a better person and continue to support the community in a meaningful way. Thank you for continuing to root for the suns and the mercury, embracing the power that sport has to bring us together.

As previously reported on FISM, Sarver was accused of using and later admitted to using a racial slur in reference to black people on numerous occasions. He was also held responsible for creating a work environment hostile to women.

Sarver previously accepted responsibility, was fined $10 million and was serving a lengthy suspension.

“As a man of faith, I believe in the atonement and the path of forgiveness,” Sarver said. “I expected the commissioner’s one-year suspension to give me time to focus, make amends and take my personal controversy out of the teams that I and so many fans love.

“But in our current unforgiving climate, it has become painfully clear that this is no longer possible – that whatever good I have done, or could still do, is outweighed by the things I have said in the past For these reasons, I am beginning the process of finding buyers for the Suns and Mercury.

Sarver was applauded for his decision by NBA commissioner Adam Silver and the various partners Sarver co-owns basketball teams with.

“I fully support Robert Sarver’s decision to sell the Phoenix Suns and Mercury,” Silver said in a brief tweet. “It’s the right next step for the organization and the community.”

The Phoenix Suns organization, speaking on behalf of Sarver’s co-owners, posted on its Twitter account that the teams agreed with Sarver’s decision but that, “today’s news does not change the work that remains. ahead of us to create, maintain and protect a best-in-class experience for our staff, players, fans, partners and community.

According to a report from ESPN, while not the full owner of either franchise, as a managing partner Sarver has the ability to sell the entire team, even the shares he does not own.

The process could go a number of ways, but, in the most basic terms, the Suns’ future ownership profile will depend on what share of the team a potential buyer wants to buy. It is possible for a buyer to request only Sarver’s participation, but it is also possible for a prospective owner or ownership group to request the full deductible.