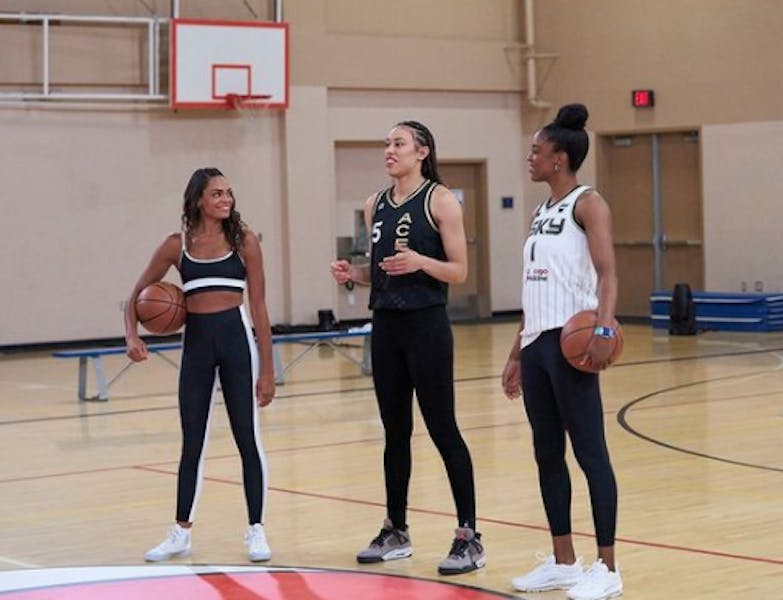 TV Review: Guys Show Off Their Basketball Skills on ‘The Bachelorette’

Emotions and tension are in full swing this week on The Bachelorette as the competition for Michelle’s heart begins to heat up.

The class is in session this week on the Bachelorette. The first group date spent the day in class testing all kinds of skills. Jamie started his one-on-one with Michelle on a rocky climb and then ended with a very touching story about her childhood. The second group date revolved around the field for Michelle’s heart.

As the dates begin and the guys start spending more time with Michelle, we start to learn more about our guys and their intentions. Here are some highlights from the second week of the Bachelorette:

The school bells are ringing and the guys are heading back to class on this week’s group day. Michelle was joined by some of her students who tested their math, science, music and spelling skills.

Peter was working a little too hard this week to get Michelle’s attention; she was very disheartened by his attitude throughout the group meeting.

During the spelling contest, the guy was given the word “narcissistic” and Will wrote Peter’s name on his whiteboard. Obviously, the tension between Will and Peter erupted shortly thereafter at the cocktail party. Michelle took Peter aside and revealed her concerns about Peter’s anger over a little joke.

Jamie got the first one-on-one date. Michelle and Jamie drove to Joshua Tree National Park and went rock climbing. After a rough start to the date, the two ended with dinner. Michelle explained her family background and the strength of her family. Jamie then discussed his not-so-easy childhood. Jamie explained that the first half of his childhood was wonderful; he was a very good student and his mother did everything for him and his sister.

However, the bills started to pile up and they had to move in with her grandparents. Jamie then confessed that her mother struggled with serious mental health issues that led her to suicidal thoughts.

When Jamie was only 12, he caught his mother trying to kill herself. Jamie’s attendance was so low that he couldn’t graduate and he spoke of the anxiety he would have about his mother when he was in school.

When he was 24, his mother ended up taking her own life, changing Jamie’s life forever. Michelle was very blown away by Jamie’s story and how she received a rose at the end of the date.

Joe was on the Red Team, but was awarded the Match MVP title and was able to attend the cocktail party with Michelle. However, he was going through a roller coaster of emotions with the recent passing of his basketball coach. As a former basketball player herself, Michelle told Joe and the grief he felt. After the two linked, he received the group date increased.

With this season’s cast shaping up to be a very genuine bunch of guys, some tough decisions for Michelle are on the horizon. After saying goodbye to Alec, Daniel, Pardeep and PJ this week, the competition for Michelle’s heart begins to heat up.