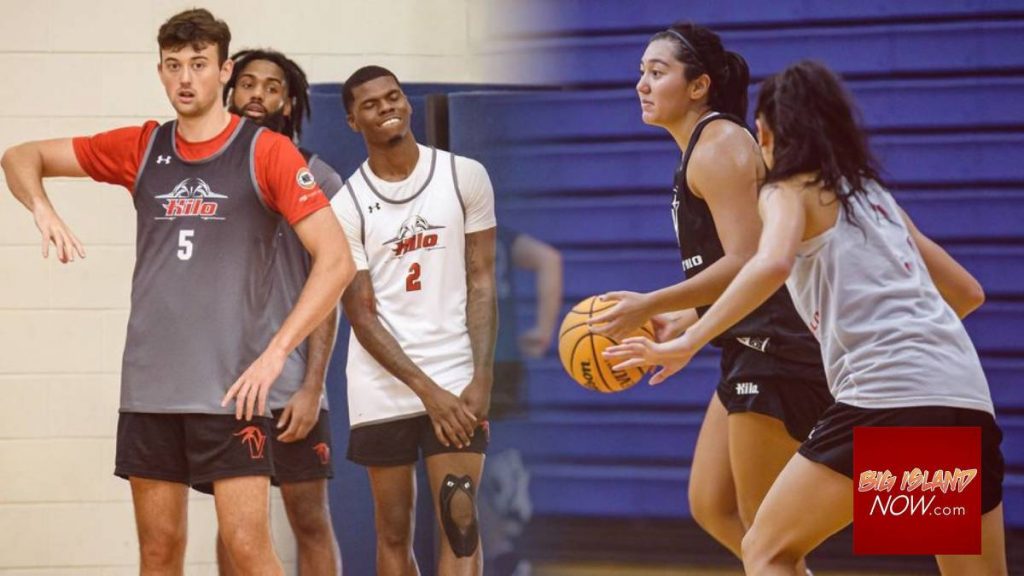 It’s that time of year, folks. The 2022-23 basketball season is upon us, and teams from the University of Hawaii at Hilo are wrapping up the first week with an intro event.

The men’s and women’s teams will host Vulcan Madness beginning at 5 p.m. on October 23 at the Vulcan Gymnasium on the UH-Hilo campus. Both teams opened the season last weekend with their first official training sessions.

Vulcan Madness is open to all ages and serves as an introduction to 2022-23 teams. The free event will feature a three-point shooting contest and a dunk contest showcase as well as other games, contests and giveaways. Food and snacks will also be available.

The 2022-23 Vulcan women’s team welcomes six newcomers who will compete with seven returning players. The women have their first game of the season Nov. 13 hosting Montana State Billings at Afook-Chinen Civic Auditorium in Hilo.

The men’s basketball team adds nine newcomers to a roster that also includes five returning players this season. Vulcan’s men’s season kicks off with an exhibition Nov. 3 at the Stan Sheriff Center in Honolulu against UH-Mānoa. Their first official contest of the 2022-23 season will be November 11 against SAGU American Indian College at the Afook-Chinen Civic Auditorium.

THE ARTICLE CONTINUES UNDER THE AD