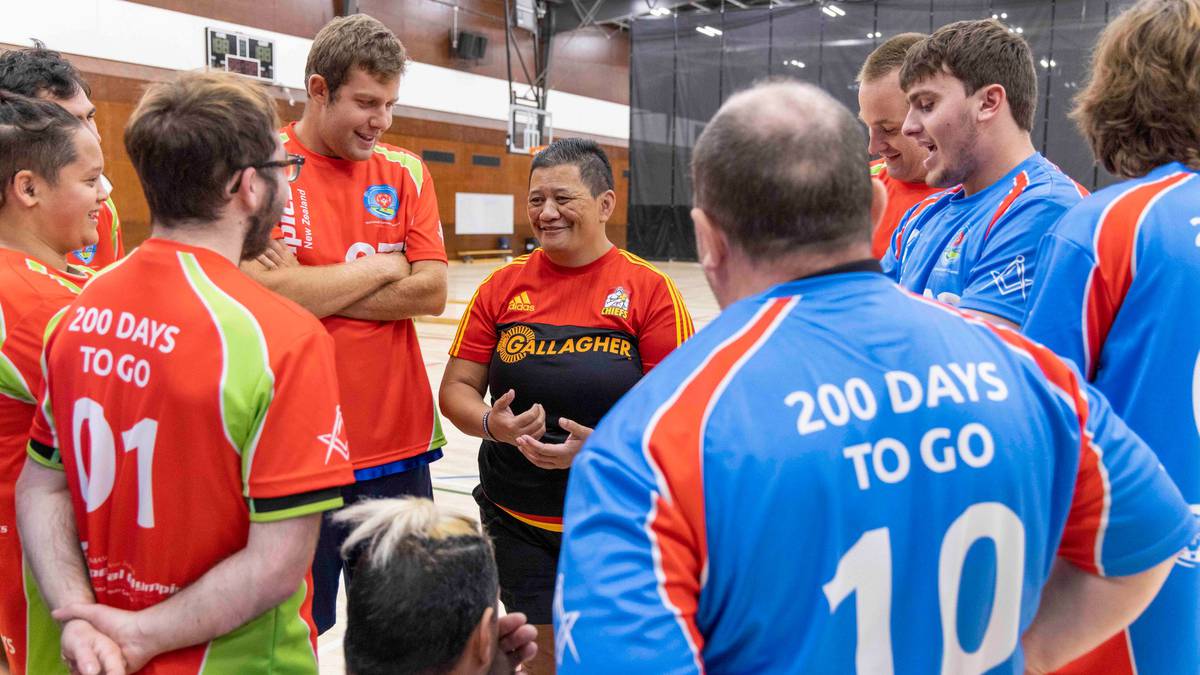 The New Zealand Freemasons National Special Olympics is fast approaching with just 167 days to go and organizers are still looking for around 100 volunteers.

She is a life force and you have to wonder how she copes with her incredible schedule, at work, at home and on the basketball courts.

More than a decade ago, Kokaua was first introduced to Special Olympics when she dropped off her nephew at basketball practice, but was unimpressed with the way some coaches preferred not to give time on the field than to the most skilled players.

“And that’s not the goal of Special Olympics and I knew they could do a lot better, so when my sister asked me to help her, I put my hand up,” Kokaua says.

“I believe every athlete should be challenged, regardless of ability. It’s important that we do this to make sure everyone feels valued and like they’re part of the family.”

Her involvement with Special Olympics New Zealand has seen her coach at several National Summer Games, including two World Games in Los Angeles and Abu Dhabi.

She is even now a board member of Special Olympics NZ and chairs the Central North Island Regional Committee.

Kokaua seems almost surprised when asked what motivates her to invest so much time and energy in athletes with intellectual disabilities.

“Athletes have taught me so much about how to treat others and I’m still learning so much from them.”

She says her involvement with athletes also inspired her to pursue a new professional career later in life, completing a bachelor’s degree in sport and exercise science and more recently a postgraduate degree in clinical physiology from exercise at Wintec.

Kokaua now works as the Biokinetic Clinic Supervisor at Wintec’s Sport Science and Human Performance Center, where she helps people with chronic diseases improve their health and quality of life through physical activity and At the move.

Looking at the Special Olympics Waikato basketball players under Kokaua’s leadership, it’s easy to see how his involvement has enriched the lives of the athletes, as individuals and as a group.

“It’s important to see them as whole people, with all their strengths, instead of not seeing beyond their disability.”

A regular feature of every Waikato Team practice is the invitation to recite the Special Olympics Athlete Oath, either in Te Reo Māori or English.

“At first most of them would be too nervous to stand up or just whisper, but we’ve created a safe space where they can try, and now you can see how their confidence has increased and they stand up with so much pride,” says Kokaua.

The National Summer Games will be held in Hamilton from December 8-12. Kokaua says she and her athletes are “excited” to perform in front of their whānau and encourages the people of Waikato to get involved, either as spectators or as volunteers.

The National Summer Games needs 600 volunteers to bring the huge operation to life and so far more than 500 volunteers have already signed up.

“The Games are going to be an amazing experience, so make sure you don’t miss the opportunity to be part of the action,” Kokaua said.

To register as a volunteer, visit the Special Olympics website.